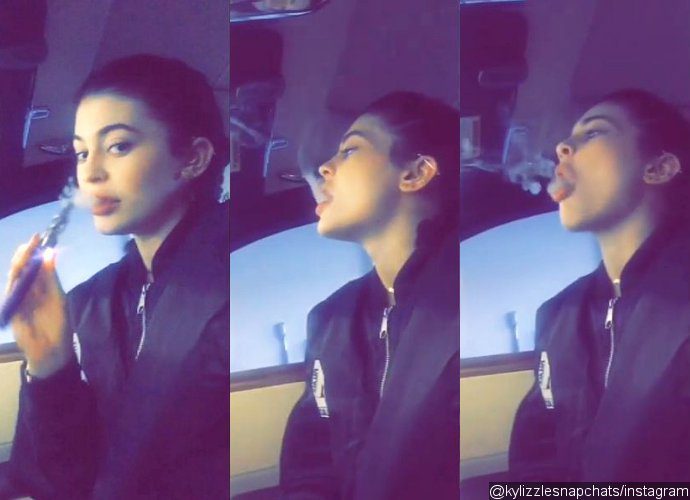 Kylie Jenner caused a controversy as she posted on Snapchat on Thursday, January 8 a video of her smoking. It appeared that it wasn’t the first time the youngest daughter of the Jenner-Kardashian family puffing on a vaporizer as she’s able to blow smoke rings.

In the said video, the “Keeping Up with the Kardashians” star wore a zipped black jacket and sat in a passenger seat. At first, she looked at the camera and inhaled the smoke. She then showed her prowess at blowing some smoke rings in the air.

Some fans, on the other hand, praised Kylie for her skills in blowing smoke rings. User @oliviavitale said, “Omg she is good at it tho.” Another user @vanessa_cavadas wrote, “THE BEST SNAP EVER!!!” Meanwhile, user @zemrrajote poked fun at Kylie’s facial expressions while blowing the smoke as saying, “Looks like a fish :D.”

It’s unclear whether or not Kylie’s family knows about her smoking a vaporizer. Kylie’s half-sibling Kim Kardashian is famously known for being a complete nonsmoker. Back in 2010, Kim tweeted, “Smoking cigarettes is disgusting!” A source previously revealed that Kim even asked her husband Kanye West to scrub himself first after smoking if he wanted to approach their daughter North West.