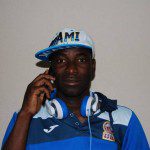 When Olawale Sunday left Nigeria for a trial with a pro soccer club in Russia, he had visions of solid career ahead.

What he didn?t foresee was playing for a fraction of the average wage in one of the poorest countries in Central Asia.

But Sunday, who scraped thousands of dollars together to pay his agent, a fellow Nigerian, found himself in a place called Dushanbe, the capital of Tajikstan, a country on the northern border of Afghanistan. Sure, it was once a part of the Soviet Union, but it?s as far from Moscow as its national league is from the Russian top flight.

He was a long way from home, and too ashamed to return empty handed, so Sunday persisted. He stayed in Tajikistan, then moved north to try his luck in the neighbouring republic of Kyrgyzstan. It was there, where he now plays in the second division, that he met David McArdle, a Scottish ex-pat who blogs about soccer in Central Asia.

The trafficking of footballers has long been an issue in countries like France. Now, McArdle is certain, the traffickers are turning their attention to Central Asia. The region isn?t yet on the radar of the nonprofits battling the problem, but McArdle believes players like Sunday show that the region is being used as both a dumping ground for scammed players, and as a back door into Europe.

?New routes of ?football slavery? are taking shape in Central Asia,? he recently wrote. It?s a region ?with little popular awareness in the West, and where corruption is rampant and regulatory enforcement lax.? And it is, he says, ?proving to be a particularly conducive frontier for the expansion? of this industry.

There are a number of West Africans playing and living in Kyrgyzstan these days, and many have had happier times than Sunday. Take Daniel Tagoe, a Ghanaian who moved to Russia at 19, and then followed his coach to the Kyrgyzstan?s post-soviet capital of Bishkek two years later. Eight years on, he is one of four West Africans who play for the Kyrgyzstan national side.

?Yes, of course, I?m happy,? he said after a recent World Cup qualifier at their rundown national stadium. ?My team (the club Dordoi Bishkek) is the very best in Kyrgyzstan, so I get all the facilities, apartment, everything. I feel comfortable, I feel like home.

?And (when I arrived) they see how I play and they say they need me, a Ghanaian, in the Kyrgyzstan national team. And I agree to play for them?So of course I am happy.?

Under FIFA?s rules, a player can switch countries after living there for five years (and becoming a citizen). Tagoe?s national team-mates include another Ghanaian, David Tetteh, and the Cameroon-born Claude Maka Kum. In 2013, these two became the first players without a family connection to Kyrgyzstan to represent the country on the football pitch, and their impact has been huge.

There is nothing unusual in this. National teams, especially ones in Asia, regularly recruit players from abroad. Just check out some of Qatar?s line-ups this past decade. But for journalist and local media entrepreneur Bektour Iskender, it is a sign that Kyrgyzstan is getting smarter about the way it runs its football.

?David Tetteh scored all our goals at the Asian Confederation?s Challenge Cup in 2013,? he says. ?I have no idea how he found out about Kyrgyzstan (but he and the other Africans on the national team have) helped our football a lot.?

The winds of change are blowing through Kyrgyzstan football, Bektour says, just as they have swept through the whole country since 2010?s revolution. There was a bit of a vacuum for a while: the head of the local FA was in exile, and essentially locked the office door shut behind him. The national team only played three games in three years, and dropped out of FIFA?s top 200.

Since then, however, cronyism and a Soviet-mentality has been pushed aside by a younger, business-savvy generation with fresh ideas. The team exceeded everyone?s expectations at that Challenge Cup. Then in a June 16 World Cup qualifier, they completely outplayed Australia, the reigning champions of Asia.

What they lacked in that game was the polish up front to make it count. Still, despite a 1-2 loss, they were treated like heroes after the match. Jubilant fans stayed behind for at least an hour, singing, dancing, and trying to get selfies with the players.

But Tetteh?who was out of the qualifier with an injury?says the country still needs to develop a stronger football culture, especially outside the capital. The national sporting obsessions include wrestling, weightlifting and kok-boru, a game like polo that isn?t played with a ball but a freshly slaughtered goat. It?s headless too.

?But they are trying to improve,? Tetteh says.

Each of the Africans in Kyrgyzstan has a unique story. But whether they are struggling or being treated like a national hero, they all seem to share the same goal: to get to out of there, to a country with a bigger league.

?It?s my second home, but if I get chance, I would like to play in different country too,? says Tagoe. ?Anywhere. Anywhere I?m invited to. Any country. Even in Kazakhstan.?