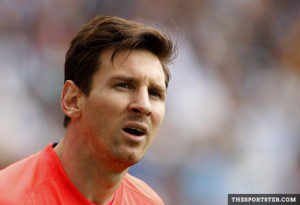 LaLiga president Javier Tebas says he does not consider Lionel Messi to be a criminal, despite him being found guilty of tax fraud.

The Barcelona star was given a 2 million euro ($2.2 million) fine and a prison sentence of 21 months after a Spanish court ruled he had evaded tax to the tune of €4.1M ($4.6M), though he will be able to serve the jail term on probation as his offense was non-violent.

Reports in Spain on Wednesday have suggested the state prosecutor will not appeal the sentence, although Messi’s legal team is expected to take its defense to the Supreme Court.

Barca announced a social media campaign to drum up support for Messi among fans, though this was met with criticism by some who felt the club was making light of his transgression.

Tebas was asked for his view on the 29-year-old continuing to play in Spain’s top flight despite the conviction, but he was adamant he had no problems.

“I’ve already spoken about Messi – I don’t consider him a criminal and I’m happy with him staying in LaLiga,” he said at a sponsor event. “There are still options for the player and we have to wait for the final decision.”