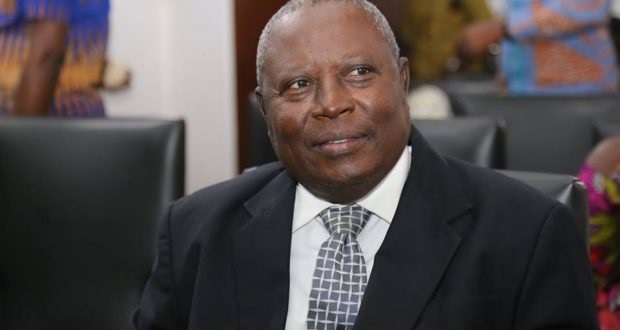 The length of this critique and analysis of the report into alleged commission of corruption and corruption-related offences involving the Labianca Group of Companies Limited has been informed by the grave investigatory and prosecutorial misconduct and unconstitutional abuses of power that the report inflicts upon the independence, fairness, and impartiality of the Office of the Special Prosecutor (OSP).

The report seriously violates the statutory mandate of the OSP under the 1992 Constitution. It is, therefore, imperative that the public appreciates through cogent and credible critique and analysis of the issues involved in the published Labianca report in which three investigation witnesses who appeared before an unauthorized investigation panel are being lynched in the court of public opinion as though they had been cautioned and/or charged with any corruption and/or corruption-related offences before the OSP. The 1992 Constitution enjoins every citizen to defend it against McCarthyism in all shapes and forms: a more burdensome duty is also cast upon me as the
founding Special Prosecutor of the OSP to protect it against McCarthyism. This explains my first critique and analysis of the work of the OSP since the assumption of office of the Special Prosecutor on 9 August 2021.

INTRODUCTIONThe “Report of Investigations into Alleged Commission of Corruption And Corruption-Related Offences involving Labianca Group of Companies and the Customs Division of the Ghana Revenue Authority” dated 3 August 2022 and published on 8 August 2022 in the electronic media does not contain or disclose the authority or mandate of the Office of the Special Prosecutor Act, 2017 (Act 959) under which the report was written, and directives given for payment of “….an amount of One Million Seventy-Four Thousand Cedis (sic) Six Hundred and Twenty-Seven Cedis (sic) Fifteen Pesewas (GHC 1,074,627.15) representing the short collection or shortfall of revenue arising from the issuance of the unlawful customs advance ruling …. into the Assets Recovery Account of the Office of the Special Prosecutor” and published for public consumption. The report is, therefore, inconsistent with and contravenes Act 959 and the 1992 Constitution. It constitutes an impermissible persecution of mere witnesses in the court of public opinion by the OSP instead of in a court of law.

McCarthyism is not permitted under the 1992 Constitution. A critical reading of the report discloses that it was purportedly made in pursuance of the exercise of the investigatory functions of the OSP into corruption and corruption-related offences in accordance with the functions of the Office contained in section 3 of the Office of
the Special Prosecutor Act, 2017 (Act (959) and Regulations 5, 6, and 7 of the Office of the Special Prosecutor (Operations) Regulations, 2018 (L. I. 2374) dealing with preliminary inquiry, investigation, full investigation, and investigation panels. These are the only provisions of the law governing the mandate of the Office referred to in the OSP report on the Labianca case as grounding the report.

Firstly, the foregoing provisions of Act 959 and L. I. 2374 do not provide the OSP the authority or legal mandate to publish the result of the investigation panel’s work for the trial of suspects in the court of public opinion that damages their reputation as good citizens.

Secondly, the OSP Labianca report does not disclose the commission of any corruption and corruption-related offences upon which the suspects or accused were cautioned or charged, if they were indeed cautioned or charged. The truth is that they were each treated as a witness in the investigation and made a written witness statement to the investigation at their respective interviews upon which no professional investigator and prosecutor could fairly, impartially, and independently make adverse findings against any of them.

Nonetheless a mere investigatory report which is an internal pre-trial documentary process under Section 3 of Act 959 and Regulations 5, 6, and 7 of L. I. 2374 dealing with preliminary inquiry, investigation, full investigation, and investigation panels has been unconstitutionally and unlawfully turned into a public report containing damning adverse findings of guilt in the court of public opinion against Ms. Eunice Jacqueline Buah Asomah-Hinneh, an elected
Member of the Council of State and Board Member of the Ghana Ports and Harbours Authority, the Deputy Commissioner for Customs, Mr. Joseph Adu Kyei, and the Commissioner for Customs, Colonel Kwadwo Damoah (Rtd.) who were each only invited as a witness to the OSP’s Labianca investigations.

THE FUNDAMENTAL HUMAN RIGHTS OF SUSPECTS
The breaches of the fundamental rights and freedoms of the suspects contained in the OSP report and its unconstitutionality and unlawfulness The Constitution mandates that a person who is arrested, restricted, or detained for the commission of any offence shall be informed immediately, in a language that he understands, of the reasons thereof and of his right to a lawyer of his choice. The suspect is presumedinnocent until he is proven or pleads guilty of the offence charged before a court of competent jurisdiction. In pursuance of this objective, the law requires that a person who is charged with an offence before a Court be informed in a language he understands, and in detail of the nature of the offence charged and given adequate time and facilities for the preparation of his defence, amongst other fundamental rights to a free trial. Above all, it is a constitutional requirement of due process that a person shall not be convicted of a criminal offence unless the offence is defined and the penalty for it is prescribed in a written law.

The OSP is an investigatory, prosecutorial and a corruption prevention agency. It is not a commission of enquiry whose unchallenged adverse findings may after the constitutionally specified period of time be deemed to be a judgment of the High Court appealable to the Court of Appeal. It also does not have the narrow mandate conferred upon a constitutional body such as the Commission for Human Rights and Administrative Justice to make adverse findings against a person pursuant to some of its functions which may have the force of a finding of guilt or culpability.

Consequently, the purported findings contained in the OSP Labianca report making adverse findings against the witnesses unlawfully styled suspects, which is tantamount to findings of guilt in an investigation under Section 3 of Act 959 and Regulation 7 of L. I. 3274, is not only unlawful but pertinently unconstitutional as having been made without authority under the 1992 Constitution. As stated already, not even a caution statement was taken from any of the witnesses before the report was written and published for their lynching in the court of public opinion.

UHAS to be given financial clearance to pursue its mandate

CHRAJ Advises Police To Avoid Aggression In Their Work

Information officers charged to pay serious attention to their mandate

Court of Appeal: NCA has mandate to reclassify radius within which FM stations should operate

Reflections on the Homosexuality Debates in Ghana