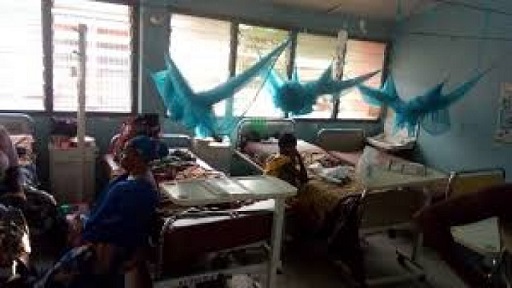 Some residents of the Polee community have expressed concern about the lack of a delivery room at the Polee Community-based Health Planning and Services (CHPS) compound in the Wa West District.

They said the problem was adversely affecting skilled delivery services at the community, which needed to be addressed.

They said pregnant women in labour at the community and the other surrounding communities had to access skilled delivery services at Poyentanga or Wa, which they said was detrimental to the lives and health of the women and their unborn babies.

Poleenaa Sidik Yakubu Kunmuglidoma, the Chief of the community, told the Ghana News Agency (GNA) in an interview on Friday that the deplorable state of the roads in the community had compounded their plight in accessing health care services.

He said in the rainy season for instance, the tricycle on which pregnant women in labour were transported to health facilities at Wa or Poyentanga could not ply the roads linking the community to those health facilities.

“There was a time we were taking a pregnant woman to Poyentanga and the motor king (tricycle) got stuck on the way. We had to call another motor king from Tanina to come and pick the woman. We are really suffering,” Poleenaa Kunmuglidoma said.

Madam Mieri Poleenaa, a resident of the community, told the GNA that there was a midwife at the CHPS facility, but that she could not deliver the services due to the lack of a delivery room.

She said in critical situations pregnant women were delivered on the floor at the same room where other health service delivery was on going.

Madam Poleenaa said sometimes pregnant women delivered on the tricycle before they reached the facility at Poyentanga or Wa, adding that in such cases they were fined for delivery at home.

“If you are to deliver and they pick you with a motor king on this road, look at how the road is. We can’t even describe the suffering,” she said.

Meanwhile, Goal three (3) of the United Nations Sustainable Development Goals (SDGs), among other targets, aimed to “reduce the global maternal mortality ratio to less than 70 per 100,000 live births”.