The chief and people of Agyina, a farming community in the Kintampo South District, have appealed to the government to connect the community to the national electricity grid. 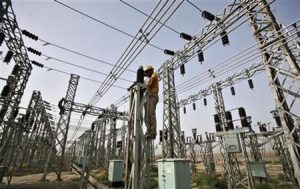 Nana Adu Baffoe Adade II, the chief of the town, told the Ghana News Agency (GNA) in an interview at Agyina that since 1983 that the Rural Electrification Programme was launched in the area, the community still had no electricity.

He observed that because there was no electricity in the area, it was very difficult for the community to develop in all sectors.

Nana Adade II said successive governments promised to extend electricity to the area, but had failed in those promises.

He said erection of electrical poles and wiring had been completed and what remained was to do the connection for power supply.

Nana Adade II also complained about the lack of teacher’s accommodation, which had forced many of the teachers to refuse postings to the area.