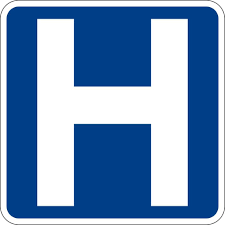 Mr Bernabas Tengbani Gaazienye, the Assembly Member of the Dabo Electoral Area, has expressed worry over the lack of a maternity ward at the Dabo Health Centre in the Wa West District.

He said the situation was adversely affecting quality maternal healthcare service delivery at the facility and appealed to the relevant authorities to help provide one to improve services.

He said due to the lack of a maternity ward, mothers and their newborn babies were discharged as soon as they were successfully delivered.

Mr Gaazienye, who said this in an interview with the Ghana News Agency (GNA), at Dabo Friday, added that the mothers sometimes developed health complications, such as bleeding, in less than 24 hours after delivery and had to be rushed back to the facility or the District Hospital at Wechiau.

He observed that the availability of a maternity ward would enable the health staff to detain the mothers and their newborns, examine them for some time before discharging them.

“I can talk about some two or three women who recently delivered safely at the Dabo Health Centre and were discharged immediately after delivering, but in less than 24 hours they started bleeding profusely and had to be rushed back to the facility”, Mr Gaazienye Explained.

Meanwhile, according to health experts, a mother could be discharged after 24 hours of successful delivery, if she was safe and could handle the baby properly for effective sucking of the breast milk.

The Assembly Member, therefore, appealed to the District Assembly and benevolent individuals and organisations to help provide the facility with a maternity ward to help improve the quality of maternal healthcare services.

He also indicated that the electoral area of 18 communities had only two health facilities, which had made timely access to healthcare services, particularly by pregnant women, children and the aged, very difficult.

According to him, sick persons had to trek several kilometres on very deplorable roads to either Dabo or Kulkpali before they could access healthcare services, which he said had posed a serious health risk to the people in the area.

“I was lucky my electoral area benefited from a CHPS compound at Gombile under the one million dollar per constituency initiative.

“The structure is roofed and painted but the contractor has, since December 2020, not appeared in the community again. It is still under lock”, he added.

Mr Gaazienye appealed to the District Chief Executive of the area and the necessary authorities to facilitate the process of finishing the facility and handing it over to the community to help improve healthcare access.