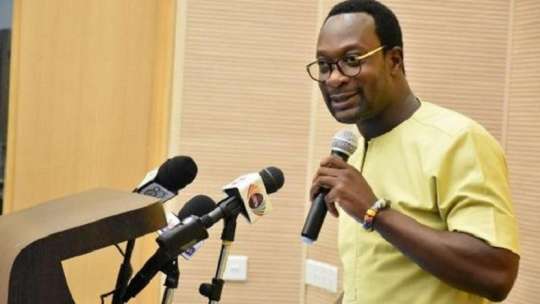 With the right technology, he said, a patient did not need to undertake a number of diagnoses, which attracted high fees before treatment.

Mr Adadevoh said this at a meeting organised by the Chartered Institute of Marketing Ghana (CIMG), dubbed: “Evening with Mr Selorm Adadevoh, CEO of MTN” to deliberate on the importance of technology for industrial growth.

In the agricultural sector, Mr Adadevoh said though the application of technology could be costly, its benefits significantly outweighed the initial cost involved in investment.

He believed the world now revolved around technology and could lead to the collapse of companies which did not digitize their operations.

He, therefore, advised companies to design strategic plans that revolved around the digital evolution to promote growth.

Mr Adadevoh encouraged industries including agricultural, energy, health, and education, to evolve and digitize their operations by taking advantage of technology to promote their products and services to get the expected response from consumers.

“To remain relevant five years from now, every organisation needs to adopt technology. It takes time to get there, so if you don’t invest strategically today, in five years, you will be irrelevant, and the cost involved in reversing the situation would be very high. You can lose your companies, business deals, and funds,” he said.

Mr Adadevoh said people were uncomfortable with the introduction of new technology everyday as they believed it could be deployed to replace their works.

The solution was for every individual to retool him or herself in the evolution and take advantage of the situation to still remain relevant in the new world, he said.

Dr Daniel Kasser Tee, the National President, CIMG, reiterated the need for everyone and the nation as a whole to embrace technology in all endeavours to promote the economy.

Huawei to Continue Asserting Rights in US Court After CFO Released