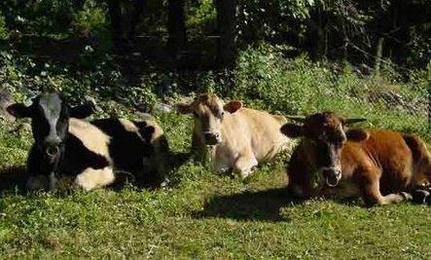 There is a ?Cow Sanctuary? in Bangor (Pennsylvania).

Known as Lakshmi Cow Sanctuary, whose tagline is “Promoting Love and Compassion for All”, it reportedly ?rescues? cows and provides safe and nurturing haven and a free and loving environment to them.

Many people celebrate their special events here by feeding cows and find sanctuary a ?deeply inner-transformative experience?. The sanctuary also sells organic dried cow dung patties for use in some Hindu ceremonies. Spread in 42 acres, it currently has 16 cows and each has been given a name like Vedanta, etc., reports suggest.

Distinguished Hindu statesman Rajan Zed, in a statement in Nevada today, commended efforts of the Sanctuary to provide protection to cows, which were held sacred by Hindus and were considered the seat of many deities. Also referred as ?Mother Cow?, this divine animal was venerated from an early period by Hindus worldwide.

Rajan Zed, who is President of Universal Society of Hinduism, stressed the need of more such cow sanctuaries world over to provide caring shelters for cows, whom oldest existing scripture Rig-Veda described as aghnya (not slayable).

Dr. Sankar Sastri, a former dean of engineering in New York City College of Technology, is the founder-president of this Sanctuary located about 70 miles from New York City.

?Our cows are not used for dairy production, many come to us from dairy farms and have required up to 6 months to trust humans again?, an announcement says.

Trump travels to Pennsylvania for rally as race with Biden tightens