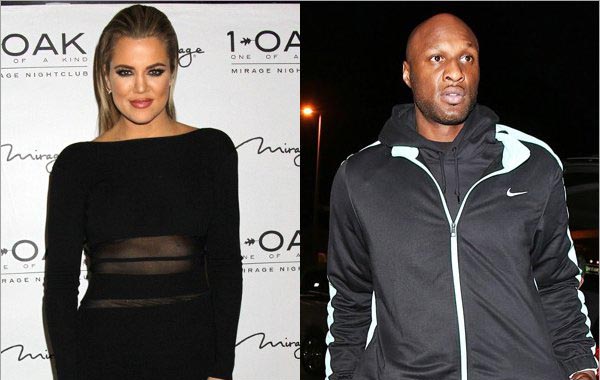 Khloe Kardashian was ambushed by her ex-husband Lamar Odom on her way to SoulCycle workout on early Wednesday, August 12. Khloe was walking into a 6:45 class when Lamar came out of nowhere and demanded her to speak to him.

In a photo obtained by TMZ, Khloe looked surprised when she saw her ex-husband. She wore an all-black training outfit with black sunglasses. Donning a black long coat and trousers, Lamar could be seen approaching Khloe on the street.

According to an eyewitness, Lamar was screaming at Khloe as she kept walking away from him. At one point, the 35-year-old professional basketball player touched the ?Keeping Up with the Kardashians? arm and she screamed at him, ?Get off of me, get off of me. Stop. Stop.?

Another bystander asked Khloe if she wanted them to call police and Lamar was overheard screaming, ?You?re not going to call the cops on Lamar Odom.? Khloe then screamed, ?How did you know I was here?? Lamar didn?t give clear answer.

Khloe was reportedly left shaken and freaked out following the incident. She then bolted to her car and drove away.

Khloe and Lamar finalized their divorce back in July. At that time, the ?Kourtney & Khloe Take the Hamptons? star posted on Twitter, ?Such a crazy day!!! Very emotional! Thank you all for being so loving and supportive!!!?