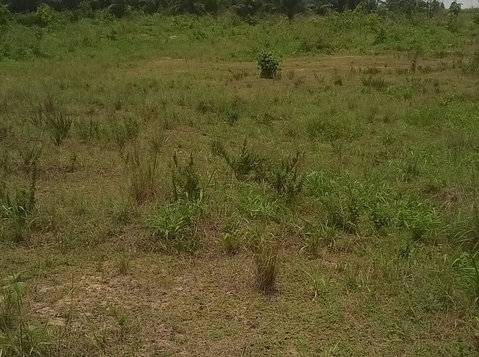 The Central Regional Directorate of Land Commission is to deliver final decision over an alleged destruction of property on a plot of land at New Winneba to enable Police to initiate prosecution or otherwise of the suspects.

Assistant Superintendent of Police (ASP) Kojo Oppong–Agyekum, Effutu Municipal Officer of the Criminal Investigation Department (CID), who disclosed this to the Media, said Police were waiting for the final verdict of the Lands Commission to determine the real owner of the land.

He said Mr Eric Siripi, Businessman reported to the Police in Winneba that some suspected landguards had destroyed walls, pillars and other structures on his legally acquired land.

The Crime Officer said the Parliament of Ghana had promulgated a law which prohibited any person or group of persons to move to lands to cause damage to private property.

ASP Oppong-Agyekum said the Police based on that initiated an investigations into the matter, but Mr Kofi Hanson, Chief Executive Officer (CEO) of Queens and Kings Bar and Restaurant in Winneba also claimed ownership of the same plot of land.

The Effutu Crime Officer said the police referred the matter to the Central Regional Lands Commission, which is the sole government entity to determine the owner of the said land.

ASP Oppong-Agyekum said the tussle between Mr Eric Siripi and Mr Kofi Hanson could be settled amicably only by the Land Commission and not the security agencies, which could only deal with the damage caused to the property.

It could also prosecute culprits found to have possessed fraudulent documents at law court.

Many Ghanaian children are under constant cyberattacks – Police