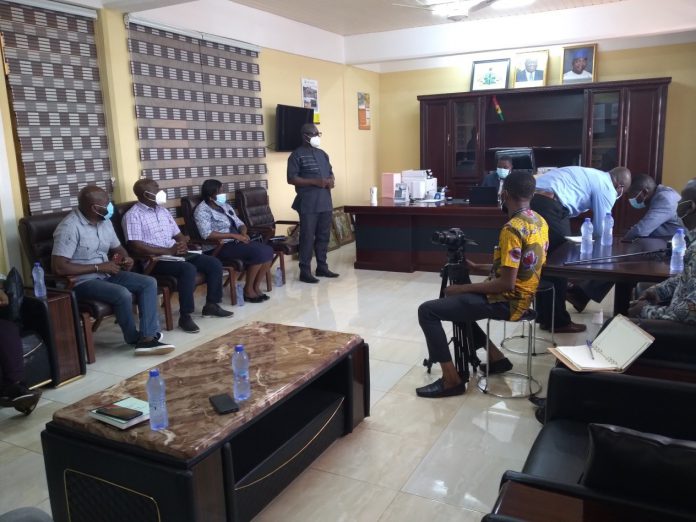 Mr Kwesi Adu Gyan, Bono East Regional Minister has called on stakeholders to promote land administration to speed up the infrastructural development of the region.

Mr Gyan explained that implementing effective land registration policy would ensure that people own lands legally to avoid litigation and encroaching which may retard the socio-economic development of the region.

He observed that the establishment of the office in the region would improve land administration and resolve outstanding issues that have generated some forms of conflict among people in the region.

The Regional Minister further indicated that lands administration was paramount to the total development of the region adding that the Regional Coordinating Council, traditional authority and religious groups were committed to partnering effectively with the commission in achieving it constitutional mandate.

Alhaji Alhassan assured the region of the commission’s commitment to establish a vibrant office that would take care and resolve land issues in the region and would again lessen the burden of people travelling to Sunyani in the Bono Region to acquire land documents.

Alhaji Alhassan noted that as part of effort to establishing the office in the region, the commission has already had some discussions with the Traditional Authorities and other stakeholders that matter on securing an edifice for the office.

He disclosed that the team has ear-marked a three-storey building at Hansua in the Techiman Municipality which would accommodate the Survey and Mapping Division, Land Evaluation Division and Public and Vested Land Management Division (PVLMD)

The Regional Director assured that by the close of June this year the office would be in operation to begin processing of land documents to lessen the problem of people travel to Accra and Sunyani to process their land documents.