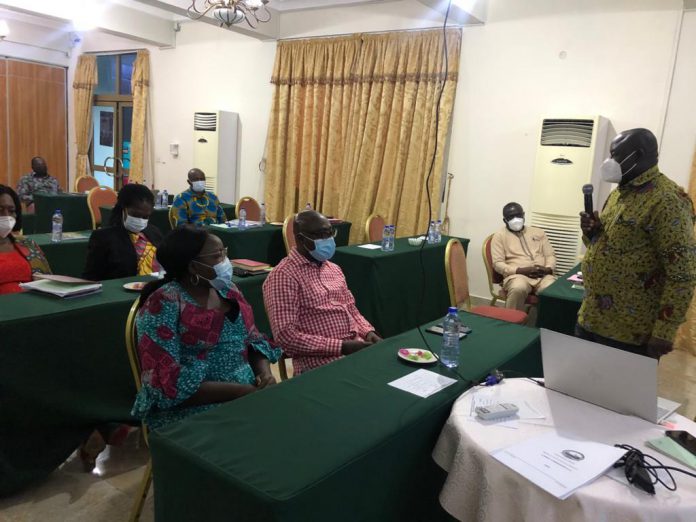 Management of the Lands Commission has been sensitised on the Right to Information (RTI) Law, Act 2019 (989), by officials of the Ministry of Information in Koforidua.

The sensitisation was to ensure that all public institutions understand and appreciate the Legislation in order to be guided in the execution of their duties.

Dr Winifred Nafisa Mahama, the Head of the Access to Information Division, Ministry of Information, touched on the relevant sections of the Act and explained the various offences or sanctions that may be imposed on offenders.

She expressed the need for Management to educate every member of staff on the RTI law to be abreast of the law and get the support from all and sundry.

Giving the background to the Act, Dr Mahama said ignorance of the law was not an excuse and expressed delight over the Commission’s quest to sensitise its staff.

He said it was government’s responsibility to make information on governance available, therefore, anyone applying for same may do so without giving reason(s), according to the 1992 Constitution.

“A person is at liberty to apply for information without giving a reason for the application,” Mr Hodor said.

“Where an applicant requests that the application be treated as urgent, the applicant shall state the reason for the urgency.”

However, certain information are subject to some exemptions, which was necessary to protect public interest in a democratic society, and that could be found in Section Five to 17 of the Act, Mr Hodor said.

He took the opportunity to introduce Mr Augustine Boakye as the RTI Officer assigned to the Lands Commission.

Mr Boakye, on his part, expressed his utmost gratitude to the Lands Commission for accepting him and providing a place for an office.

Alhaji Sulemana Mahama, the Executive secretary of the Lands Commission, in his closing remarks, said the Commission was poised for action and would ensure the knowledge acquire was applied meaningfully in its work.