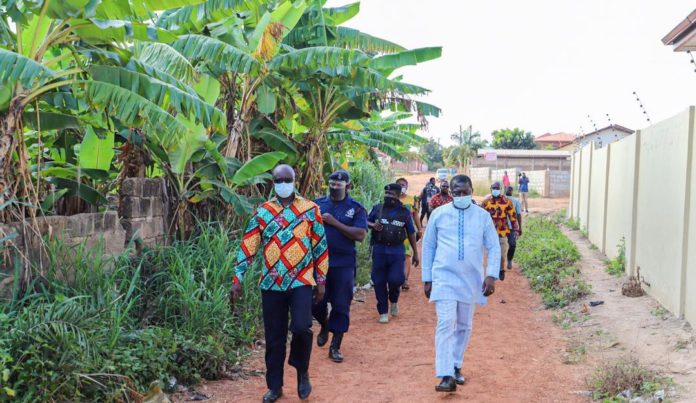 The Minister of Lands and Natural Resources, Mr Kwaku Asomah-Cheremeh, has re-affirmed government’s commitment to reclaiming all state acquired lands encroached by individuals and groups.

He said out of 7,000 acres of lands at Adenta Katamanso, which belonged to the state, only 1,000 acres had not been encroached.

Mr Asomah-Cheremeh made this known when he inspected some state lands at Adenta and Atomic Energy in Accra.

“All lands belonging to the State had been properly acquired under the Executive Instrument of which some private developers ignore what the law states,” he said.

“Government will protect the interest of the citizenry at all times and will not countenance any act to compromise the security of the State.”

Mr Asomah-Cheremeh said anyone who wished to acquire a land should contact the Lands Commission Secretariat for the needed assistance and guidance.

The Ministry has issued notice to reclaim lands belonging to the Council for Scientific and Industrial Research, Animal Research Institute, and Atomic Energy Commission that had been encroached.

The Minister was accompanied by Mr Benito Owusu-Bio, a Deputy Minister of Lands in charge of Forestry, and Mr James Dadson, the Technical Director of the Ministry.