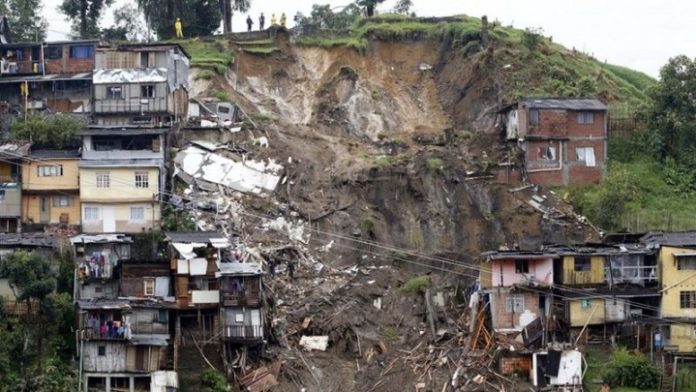 At least seven people were killed in Colombia when a landslide hit a commercial establishment in Puerto Valdivia in the north-west, the Risk Management Authority of Antioquia region said on Monday.

Nine people were rescued with injuries.

Rescuers were searching for more victims in the establishment, where 20 people were reported to have been inside, and which the daily El Tiempo described as a discotheque.

Heavy rains have sparked landslides and flooding in the South American country in recent days.