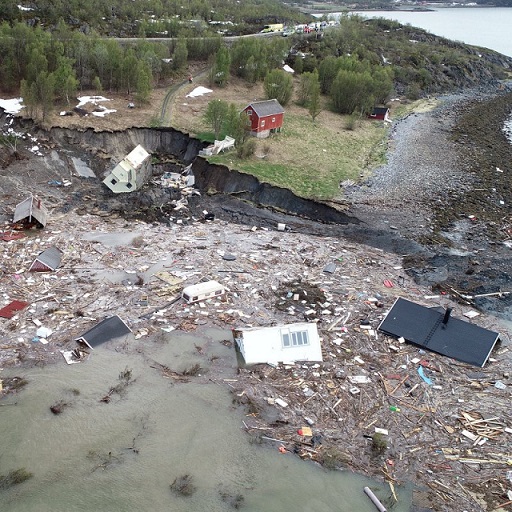 Over 150 people were evacuated and at least five were injured after a large mud- and landslide early on Wednesday hit Ask in southern Norway, impacting several buildings, police and local media said.

“There are many houses in the affected area,” Roger Pettersen, head of the police operation, told reporters.
Pettersen said it was not immediately known if there were any people missing and could not offer details of those injured.

“Conditions are challenging. It is dark and the weather is bad,” he said, but with more light it would be easier.
Pettersen said that all available resources were deployed, including helicopters. Personnel were sent into the affected area to assist people in getting out.

The evacuees have been sent to a nearby hotel, where they would be registered and offered assistance, Pettersen said.

Police were alerted about the landslide around 4 am (0300 GMT), triggering a large emergency operation with units from police, emergency services, the Red Cross and others.

Ask is the administrative centre of Gjerdrum municipality, about 40 kilometres north-west of Oslo.
Geologists were also at the scene.

Monica Maeland, minister of justice and public security, said she was monitoring the situation.

In the history of television: Will Smith hits MC Chris Rock on stage