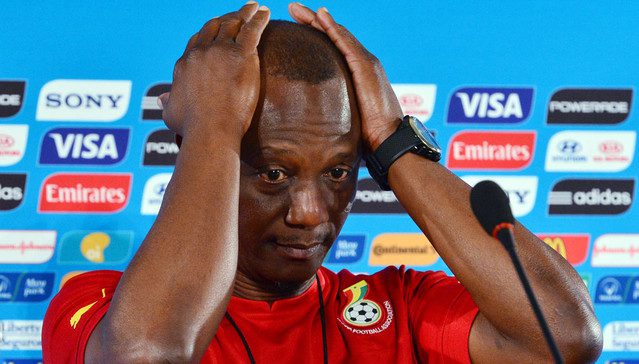 Laryea Kingston was commenting on Ghana?s poor showing at the world cup in Brazil and reasons why the Black Stars have not won any major trophy on the continent in an interview on TV3,?.

?The management have their interest in the team because they have their own players they want to call into the team. Nyantakyi will say this player or that one is my player so you need to call him into the team to play at least one game,? he revealed.

He explained that such exposure raises the profile and value of the player for onward transfer to bigger leagues outside the continent.

He insisted, ?it is not an allegation it is the truth, its something I know, every call up into the national team for tournament, the management committee members they say I am bringing my three players, the national team coach only has about five players to work with.?

The GFA has on several occasions been accused ofinfluencing player selection?for coaches but has consistently denied the claims, insisting the coaches are on their own. But Kingston who played in the Black Stars for about 5 years argued that if Ghana wants to win any major trophy, a strong-willed coach with a clear philosophy should be appointed and be allowed to keep a consistent team for a period.

The immediate past Black Stars coach Kwesi Appiah has on several occasions been accused of not fully having control over the?selection of players?for either friendly matches or tournaments.

During the world cup, there were also reports that Kwesi Appiah was forced by some management team members and players to drop goalkeeper Adam Kwarasey for Fatau Dauda.

Laryea Kingston, who was a former Vitesse and Hearts of?Midlothian player also backed the Stars? decision to demand their $100,000 dollars before their last group game against Portugal. The delay in payment of the players? appearance fee according to former coach Kwesi Appiah?hugely contributed to their abysmal performance?at the world cup.

Kingston added that the ?players deserved whatever they agreed on before they went to the tournament. They [players] don?t trust the management. But i agree that they held the country to ransom.?