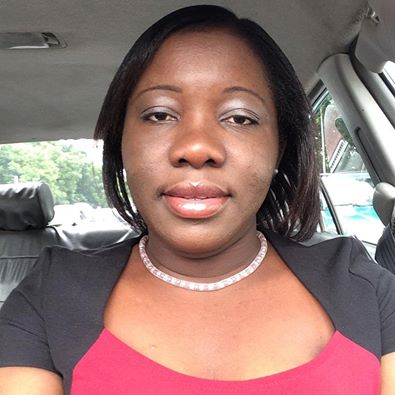 After the GJA Awards, which saw my friend Mabel Aku Banesseh emerging as Journalist of the year, I decided not to comment on the raging controversies that came in the wake of it. A few minutes after the declaration, I sent Mabel a congratulatory message and rejected all media interviews. My own Joy FM, MultiTV and all the Multimedia Platforms wanted to talk to me but I turned down every interview. They spoke to my fellow winners from Multimedia for our news. The reason was obvious. Whatever I said would mean different things to different people. The only one I could not avoid was when all of us were asked to appear on the Super Morning Show. There are two main reasons I wrote an article about it yesterday: to correct some factually inaccurate arguments about whether the GYEEDA story was done within the period under consideration and whether I entered it for the awards or not among others; and also to share the lessons I had learnt. Besides, I also wanted those who were so obsessed with the award to know that there is more to a good story than an award. I didn?t want what had happened to discourage anybody who would want to do such thing in future.

I remember when Dr Sulley Gariba was appointed Ghana?s ambassador to Canada despite the role he played in SADA, my good friend Kwame Gyan said I had suffered in vain. I corrected him that I hadn?t suffered in vain even though nothing had been done about the SADA rot, apart from replacing the board and the CEO. We need more people to help correct the system and I don?t want anybody to feel discouraged.

The article was meant to tell my readers to stop the vicious attacks and move on with consolation in the positive impact the GYEEDA story had made. However, handling such a situation is like trying to kill a tsetse fly on the scrotum without hurting those precious balls. Unfortunately, that piece seems to have fanned flames instead of dousing the fire.

Indeed, no award is more precious than human life. When you are in the midst of danger in trying to make your society better, the least thing you think about is award. I was angry about what was happening, how a few people had hijacked the well-intended programme while the intended beneficiaries suffered.

My anger stemmed from speaking to widows and disabled beneficiaries of GYEEDA who were shortchanged by powerful business people with the help of politicians and government officials. Looking back, that anger and passion helped me to push and push until some results were achieved. If the award were my motivation, I would have left GYEEDA after airing the story doing the story instead of pushing and making more enemies. But like anybody who entered a story, I would have loved to win. I will never deny that fact. I am not a hypocrite.

This is what I said in that article and urged readers to let sleeping dogs lie while we take the lessons learnt. I did not in any way belittle the ultimate winner. Apart from saying that I would have been happy if GYEEDA won a prize, I didn?t say that I should have been the journalist of the year. Maybe someone would have said they didn?t because their story didn?t win.

Mabel Aku Banesseh is a very good friend of mine. She is a great journalist, one of the few whose newspaper stories you read from the beginning to the end. I was one of those who commended her highly during the election petition hearing. I was happy when I heard that she was writing a book about the Supreme Court case. I was so happy that I celebrated her on my Facebook wall even before the book was published.

The decision of the judges is final and I recognise her as the journalist of the year. And I disassociate myself from such further derogatory remarks. Continuous argument and counter argument on what has happened has the tendency of ruining the relationship between two friends.

Besides, some people are taking this opportunity to settle their personal scores. Some people are fighting for me because they dislike Mabel. Others are also supporting Mabel and passing derogatory comments about me not because they love Mabel or genuinely share in her joy. I am not oblivious of this, though there are those who are genuine in their comments.

Mabel?s reports on the Supreme Court were the best, but the NPP had issues with her. My investigation on GYEEDA has saved Ghana hundreds of millions of cedis, but the NDC had problems with me. For some people, there is no better time to settle those scores than now. I know this very well.

In fact, the year I won the ultimate, I criticized the GJA. Before, publishing the article in the Daily Graphic, Mr Ransford Tetteh, sent me a text message saying I was unfair to the association. Fiifi Nettey, an administrator at the Press Centre questioned why I should criticize the very award I won regularly.
But my take is simple: the fact that I win an award doesn?t mean I should close my eyes to the negatives. In fact, if the GJA had taken some of the pieces of advice I give in my articles and share with some executive in person as well as those of others, some of the present controversies could have been avoided.

Some journalists are championing the formation of a breakaway journalists association. I do not support this view. For the fear of being attacked or tagged, we don?t criticize our leaders and hold them to account. Even if we form a new journalists group and allow the leadership the space to do whatever they like, this same thing will happen. That is why some of us will never shy away from telling the GJA executive to do the right thing no matter what bystanders may think about us.
I have just read a story in the Daily Guide newspaper in which the GJA President, Affail Monney, is quoted as saying that there was a mistake somewhere for which reason TV Africa?s Kwetey Nartey who won in four categories but won neither the Journalist of the Year nor the Most Promising Journalist of the Year. Whatever the case may be, the harm has already been done, and we must move on.

After reading my latest article, Kwetey Nartey, sent me a message of appreciation saying he felt so encouraged and would keep the lessons I shared for the rest of his life.

Mabel Aku Banesseh is our journalist of the year. Let?s celebrate her and call a truce on the attacks and counter attacks. If there is anything to be said about the award, it should be directed at the GJA executive so that such needless controversies which have the potential of undermining the credibility of the awards can be avoided in the future.

The difficulty for everyone who has commented on this controversy has had the same difficulty: killing the tsetse fly (GJA) on the scrotum without hurting the precious balls (Mabel). Every situation presents a learning opportunity. In the past I fought for others, GBC’s?Dominic Hlordzi?and Joy FM’s?Richard Kwadwo Nyarko?without any problem. Only difference here is that I commented on something I’m involved in. I have learnt a lot, and though I will never allow the pesky insect to fester forever, given another opportunity, I would react differently.

Congratulation, Mabel Aku Banesseh. God bless you and bless all journalists who are dedicated to excellence.

GJA goes to the polls