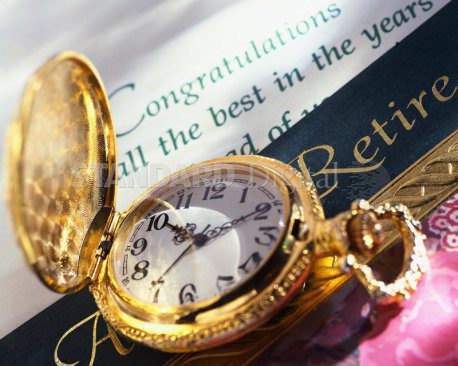 The Deposit Administration Survey, which paints a sorry state of the country?s ability to take care of its elderly population says that only 5 per cent of Kenyans are expected to be financially independent in retirement and even fewer will live comfortably.

The survey shows the rates of interest declared by insurers in the country over the last 10 years on their pension policies referred to deposit administration plans. Alexander Forbes says the survey aims to provide retirement schemes with an opportunity to compare the performance of their schemes? assets held in a deposit administration fund relative to other funds.

?These are depressing statistics. It is very important to have a retirement plan that will provide for you during your old age. Options available include contributing into a pension scheme or provident fund,? Mr Shruti Shah, Resident Actuary at Alexander Forbes said in a statement.

But Alexander Forbes could have a direct interest in pushing for people to save for retirement given that it is a player in the market. However, the survey is set to give the National Social Security Fund (NSSF) another tool to fight for increasing the monthly contributions, a move that set it on a collision path with unions and employees.

NSSF has been marketing the increased rates as part of agenda transform from a provident fund to a pension scheme. This it argues would allow it offer an expanded range of social safety nets as opposed to the current lump-sum payouts.

According to Shah, one of the challenges faced by the retirement benefits industry is the ability of members to access portion of benefits as cash on withdrawal. ?These leakages mean the funds available at retirement are not sufficient. In addition the current tax-free limit at Sh20,000 per member per month needs to be reviewed to encourage members to save more,? Mr Shah said.

?These contributions are invested in different vehicles which build up capital and provide regular monthly income and or a lump sum amount when you retire,? Mr Shah said. The average annualised returns for the last 10 years (2005-2014) have been between 7.8 per cent and 12 per cent per annum.

Alexander Forbes Kenya CEO, Sundeep Raichura, attributes the fluctuating returns to the volatility of the investment markets. The main factors affecting returns include investment strategy and asset mix of the investment portfolio, prevailing market conditions and outlook, reserve policy, expense and profit margins as well as rates declared by other players in the market.

?The declared rates from all providers generally moved in a similar fashion. This is expected as each provider will aim to declare a rate that is broadly in line with the prevailing market rates,? says Raichura. Deposit Administration funds are one of the types of investment vehicles that pension schemes and provident funds invest in.

The survey analyses the returns declared on the Deposit Administration vehicles provided by different insurers in Kenya. This comes at a time when the government has announced plans to more than double the minimum capital for funds.

The Finance Bill 2015 has proposed that to become a provider of a Deposit Administration fund in Kenya, the prospective provider must now hold a minimum capital of Sh400 million from the current Sh150 million.

By Paul Wafula, The Standard