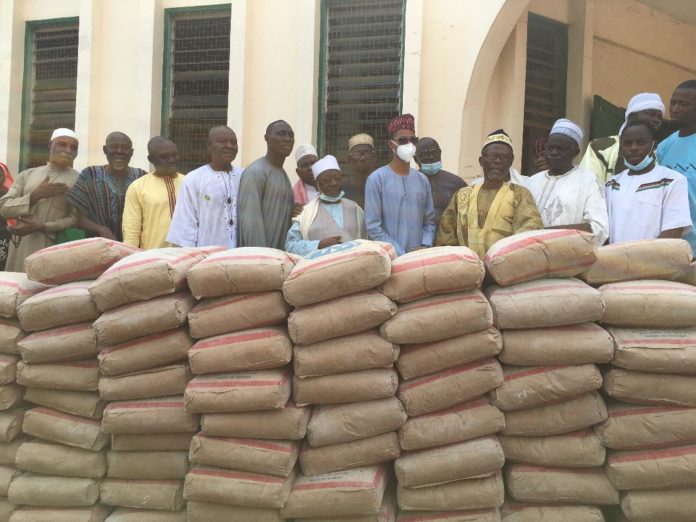 Lawyer Francis Xavier Sosu, Member of Parliament, Madina Constituency, has donated 100 bags of cement to the Madina Central Mosque to help in the process of the ongoing project of the mosque.

He said Madina was one of the biggest mosque in the Constituency where most of the Muslims worship.

Lawyer Sosu said before the election, he came to the mosques to ask for Allah’s favour to come out victorious and indeed Allah answered his prayers.

“We saw the project when we came to ask for blessings before the election and taught it wise to help fastened the process to a successful end,” Lawyer Sosu said.

He added that it deemed it an honour to thank the Almighty Allah for this opportunity and prayed for good governance in the years ahead.

Sheikh Abdullah Shuaib, Chief Imam, Madina, said the expansion of the mosque had been supported by most individuals which included government workers, private workers and even philanthropists.

The Chief Imam said he was overwhelmed with Lawyer Sosu’s support even though he had just been sworn in as Member of Parliament.

He thanked him for his kindness and pray that Allah would help him throughout the period of his work and also prayed for the peace of the country.

He advised him to be humble and work for what he had been called for.

The Imam said he should love everyone irrespective of their religious or political background and render service to all to help bring growth to the Constituency.

He thanked Lawyer Sosu on behalf of the entire Muslim community and prayed for a successful term in office.

“You have started well. A journey of thousand miles begins with one step,” he added.