A private legal practitioner has written to the government requesting for more information on the controversial $2.25 billion domestic bond which was issued in April 2017.

According to the lawyer, Victor Kojogah Adawudu, he exercised his right to information due to the scanty details provided by the Ministry of Finance on the issue.

In a letter addressed to the Attorney General and copied to the Ministry of Finance, Mr. Adawudu, who also enclosed a processing fee of GHc 1,000, said the information he is seeking is aimed at addressing several concerns voiced on the matter.

“I am exercising my legal and constitutional right and the Attorney General is the principal legal advisor to the government. If you look at the Right to Information Bill, it is the Minister of Justice and Attorney General who is responsible if information is wanted,” he said in a Citi News interview.

“If you look at the information I am seeking, it is a very extensive question and I ask that data should also be added.”

Mr. Adawudu noted that most of the information on the bond issue was circulating in the media but could not necessarily be taken to be gospel  despite the “rebuttable presumption that it is authentic.”

Concerns about the transparency of the $2.25 billion bond have been previously raised with some noting that the apparent secrecy over the deal is fueling the allegations of conflict of interest against the Finance Minister, Ken Ofori Atta in the issue.

Chief Executive Officer of Dalex Finance, Ken Thompson remarked to Citi News that in times past, when bonds have been issued, there have been road shows, announcements or visits to Parliament “but this seems to have happened rather quickly.” 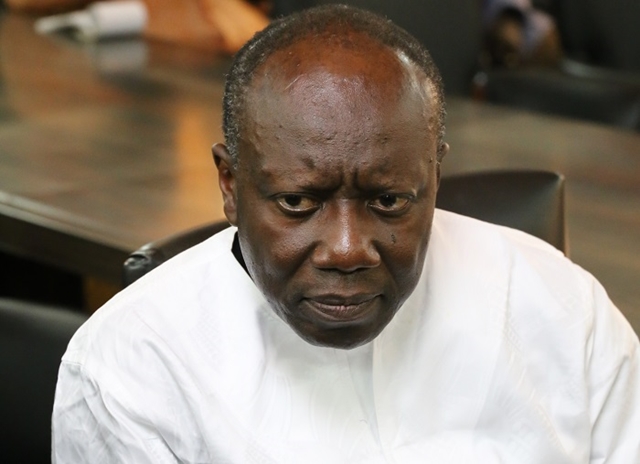 The Minority in its conflict of interest allegations, said a non-executive director on the board of Investment Firm, Franklin Templeton, who purchased 95 percent of the $2.25 billion bond, is also the Chairman of the Enterprise Group, which has links to the Attorney-General and the Finance Minister.

The Minority eventually called for a full-scale parliamentary probe into the bond issue.