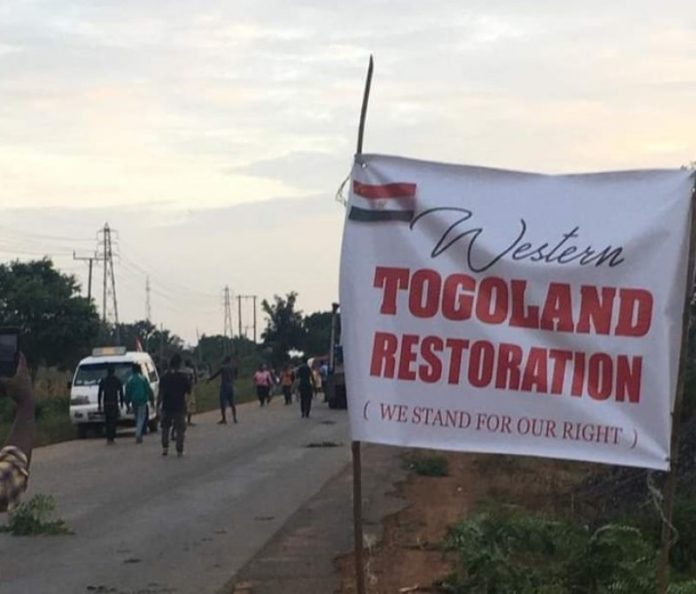 Where and how to bathe, access legal representation and amenities whiles in custody took centre stage when 31 alleged secessionists picked in the Volta Region made their second appearance in court.

Defence Counsel Theophilus Donkor told the court that “the smell in the court room has changed because my clients do not have access to water to bath.”

According to Mr Donkor, his clients’ right to basic amenities was being violated adding that “if the accused had bathed, they would not look like this in court. If they had bathed you will see it.’’

When the only female among them was asked how true the assertion of counsel was, she indicated that she took her bath three days after her arrest.

“I requested for water to bath but I was not given,” she said in Ewe.

Counsel said if the Police would not be able to provide them with basic amenities whiles in custody, then the court should admit them to bail.

According to counsel, the real culprits were hiding in bushes and his clients whom he described as “innocent souls” were being harassed by the Police.

He said the prosecution had kept the accused persons for the past two weeks and they were being denied access to their lawyers and relatives.

Mr Donkor said prosecution knew where the accused person resided and where they came from.

Mr Donkor contended that the Police were only using the court to breach an illegality they had created for themselves by keeping the suspects days before bringing them to court.

Benedict Kofi Kyei, the lawyer who represented the only female among the accused, prayed that she should be given some special treatment by granting her bail.

According to Mr Kyei, the 19 year old girl was a SHS graduate who was into petty business and she was on her way to procure some items, she was picked up.

Mr Kyei said getting access to his client had been difficult and prayed the court to order the Police to give them access to their clients.

Assistant Superintendent of Police (ASP) Sylvester Asare prayed the court to grant them adjournment as investigations were ongoing and some military and Police personnel are on manhunt for those who have absconded.

ASP Asare debunked prosecution assertion that their clients had not been given basic amenities like water to bathe.

He said they were only before the court for them to be remanded noting that there had not been any unreasonable delay.

The Court, presided over by Mrs. Rosemary Baah Torsu, remanded the accused pending further investigations into the matter.

The Court in its opinion noted that there had not been an unreasonable delay in the matter but urged prosecution to speed up investigations.

It however directed the Police to grant the accused access to basic amenities as well as their counsels and relatives.

Accused have had their pleas preserved by the Court

The accused persons have been jointly charged with conspiracy to commit crime, rioting with weapons, and participating in campaign of a prohibited organisation namely Western Togoland and to attend meeting of same.

On September 25, this year, at Juapong in the Volta Region, the accused persons, allegedly armed themselves with offensive weapons – cutlasses, rifles and other related weapons – and engaged in rioting in relation to a prohibited organisation known as the Western Togoland group.

The matter has been adjourned to October 21.

In another development, another Circuit Court presided over by Mrs. Evelyn Asamoah has remanded 11 more accused persons who appeared before her on Tuesday. The court did not take their pleas. The accused are expected to reappear on October 21.

Access to legal aid is a civil right – CHRI

Coup plot: my clients had gone to work during the meeting – Defense counsel