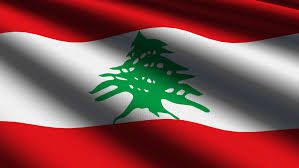 Lebanese President Michel Aoun warned on Monday that failing to form a new government soon will lead the country to “hell,” as he recommended stepping away from the system that divides portfolios among Lebanon’s main religious denominations.

If there is no new government “we are going to hell,” Aoun told reporters at the presidential palace.
The 15-day deadline for forming a government, set during a visit by President Emmanuel Macron to Beirut on September 1, has expired.

Attempts by prime minister-designate Mustafa Adib to form a government have hit snags, due to the insistence by Lebanon’s Shiite House speaker Nabih Berri and his allies, the Iran-backed Hezbollah movement that the portfolio of the Finance Ministry be given to a Shiite.

Aoun called for abolishing the sectarian distribution of sovereign ministries. “The constitution does not stipulate allocation of any ministry to any sect or group, nor can any minister be granted authority that is not provided for him by the constitution,” Aoun said.

The president revealed that Adib had held four meetings with him without being able to present a cabinet line-up.
Adib is keen to hand portfolios to qualified experts regardless of their religious background, as Lebanon is experiencing its worst economic crisis since the 15-year civil war ended in 1990.

Macron has emerged as a main power broker for Lebanon, following the massive August 4 explosion that ripped through the Beirut port and killed more than 190 people and wounded some 6,000 others.