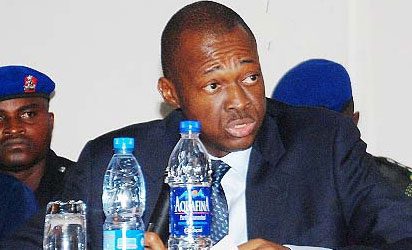 Leadership of the Awgu Legislative Council loyal to the Governor of Enugu State, Mr. Sullivan Chime, were today impeached and suspended for anti-party activities, political violence and sabotage of Awgu political interest.
A statement signed by a number of the Councilors, accused the Legislative Council leadership of carrying over grievances arising from their failure to botch the Friday, October 10 2014 of the Enugu West PDP Zonal Meeting to the?Tuesday?sitting of the Legislative House.
They accused the former leadership of the Legislative Council of conspiring with the Council Chairman, Hon. Mathanis Nze of hiring notorious thugs numbering over 70 and welding dangerous weapons to invade the legislative chambers.
The statement says in part: ?Their grievance was that we should have adjourned the?Friday?meeting so that our Distinguished Senator who have done so much for our Senatorial District would not be able to address us at the meeting.
?This act of violence sponsored by the Leadership of the Legislative Council in connivance with Chairman of the Council, Hon Mathanus Nze, is viewed as a gross misconduct, anti party, anti-peace, and betrayal of the trust reposed on them by the good people of Awgu.
?Consequently, we the Councillors of Awgu Legislative Council, after due deliberations, impeached and suspended the following Leaders of the Legislative Council in line with House Rules and Order: Former Leader Hon Kingsley Okeke C of Ogbaku Ward; former Deputy Leader, Hon Emeka Orji of Mgbidi/ Mmaku Ward; and former Majority Leader, ?Hon. Ugochukwu Akpa of Mgbowo Ward?.
The Awgu Legislative Council subsequently also adjourned plenary indefinitely, citing security concerns and possible break down of law and order.
?Among lawmakers, which signed the statement were Hon. Micheal kelle -Awgu Ward 1;
Hon. Celestine Ndukaku Ani, Obeagu Ward;
Hon. Solomon Olisa Okolo?Isuawa/Ituku/Agbudu Ward;
Hon. Onuoha Chukwuagozie, Ugbo/Amoli/Ogugu/Oweli Ward;
Hon. Kingsley Mbah, Anikenano/Ugwueme Ward;
Hon. Againigbo Gabriel, Ihe Ward;
Hon. Raphael Uzoigwe, Awgu Ward 2; and
Hon. Chijioke James Ndubisi-Agbogugu Ward.
Disclaimer: News Ghana is not responsible for the reportage or opinions of contributors published on the website.