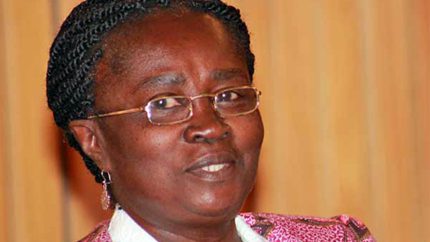 The?Minister of Education, Prof. Jane Naana Opku-Agyemang, has given authorities of the University of Ghana three days to explain the circumstances under which they are preventing some motorists from entering the university.

It said the?Education Ministry?has taken note of the public disaffection and controversy created by university?s decision.

Authorities?of the University of Ghana following a government directive to suspend the collection of road tolls on campus, introduced a sticker system by which all vehicles using the University?s road are required to have a sticker.

Each?sticker?costs GH?400 and entitles one to drive in and out of the university for a period of one year.

There were chaotic scenes at the?entry gates?into the institution Monday when some parents whose children attend the University of Ghana Basic School were prevented from entering the university for want of a sticker.

The angry parents?accused?the university authorities of acting with impunity.

They argued that since the government had offered to pay for?the loan?which the university said it took to build the roads ? the reason for the tolls ? there was no justifiable reason to introduce the stickers.

The Education Ministry appears to agree with the position of the frustrated parents.

The Minister?s letter said the development was ?a matter of national concern.?

The Minister is therefore?invoking?Section 26(4) of Act 806: ?The Council shall also submit to the Minister any other reports which the Minister may require in writing,? to demand answers from the University Council.

The letter also reminded the Council of its obligation to submit?annual reports?to the Minister for onward presentation to Parliament in accordance with Sub-sections 1, 2, and 3 of Section 26 of Act 806.

?The report for 2013 is?outstanding?and it is expected that it be submitted to the Minister soonest,? the letter added.