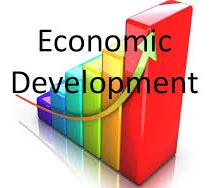 A Development Planner has stressed the need for the country’s political leadership to search for creative workable home-grown economic policies, to help lift the majority of the people from poverty.

Mr Nyaaba-Aweeba Azongo, says the Western Applied growth concentrated macro-economic science, which had been the benchmark for Ghana’s leadership and development over the years, had not proven to be inclusive in addressing economic challenges of the people.

He said the widespread poverty and growing socio-economic inequalities in society, were the historically proven by-products of the existing growth concentrated pattern of development and this could not continue to be a new development agenda for economic achievement in Ghana and Africa.

Mr Azongo, explained to the Ghana News Agency that “this myopic thinking of development being an econometric reality driven by macro-economic indicators is not grounded in development history and was heavily criticized over five decades ago, after the monumental failure of the first UN developmental goals set for developing countries”.

Speaking on some of the issues that the electorates should demand from those seeking political leadership and drive their focus in 2020 electioneering campaign, Mr Azongo, said the quest for a home-grown economic development model was the new catch phrase of the global development industry after the global financial crisis in 2008/2009.

He said even the United States of America, which is the largest economic power had adopted its own home-grown development policy-the New Washington Consensus, with the focus on addressing socio-economic inequalities.

Mr Azongo pointed out that the President of the World Bank, Mr Robert Bruce Zoellick, in the 2010 post-global financial crisis conference, also stressed the need for development knowledge to become “multi-polar” to recognize the rising importance of developing countries as new roles of growth and experience.

He said the World Bank President recognized the need to democratize and demystify development economies since the West did not have monopoly on the answers.

There was therefore the need to throw open the doors to enable others to find and create their own solutions.

Mr Azongo emphasized that the best development order for Ghana “is to have well-tailored home-grown planning models based on the country’s own character and context.

It is not who wields the best Western applied economic badge and international blueprint to engineer a self-justifying econometric calculus unrelated to the context and uniqueness of the Ghanaian development challenges”.