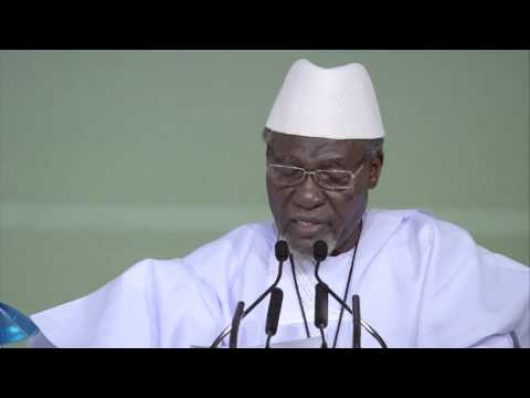 Maulvi Mohammed Quaye, Ahmadiyya, Zonal Missionary for the Bolgatanga Ahmmadiyya zone, has urged Faith Based Organizations to use their platforms to preach and promote peace as the country prepares for elections.

“We need peace before, during and after the elections and every religious leader in the country should use their pulpit to preach it,”. He said.

Maulvi Quaye made the call during an Upper East Regional Inter-Party Dialogue Committee (IPDC) forum aimed at reviewing activities of the year as well as consider plans to promote violence free elections.

Mr. Quaye said the Ahmadiyya Muslim Mission had incorporated messages of tolerance and peaceful co-existence into their daily sermons and urged others to practise same and called on supporters of the various political parties to refrain from acts that could undermine the peace enjoyed in the country.

Mr Abu-Bakr Sadiq Abdul- Rahman, Co-chairman of the IPDC also entreated journalists to be circumspect in their reportage and advised them to use their platforms to educate electorate towards the elections.

“Journalists had discretion in their operations and should therefore exercise it with a lot of decorum to avoid tension” .Mr Abdul-Rahman reiterated.

He therefore appealed to journalists whose media instruments were used by politicians for such misconduct to show some responsibility towards the nation and ensure they played their roles well in the coming elections to avoid any conflicts.

The media should avoid being used as conduits for intemperate language since that could lead to violence in the upcoming elections”. He stressed.