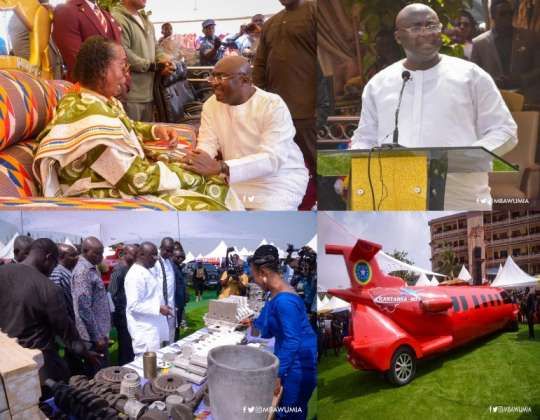 Vice President Alhaji Dr Mahamudu Bawumia has underscored the need for Ghanaians to co-exist peacefully.He said they ought to respect the rights of one another.

Alhaji Bawumia made the call at the 61st Annual National Conference of the Ghana Muslim Mission (GMM) held at Kukuom, the Asunafo South District capital over the weekend.

The four-day Conference had “Contribution towards quality education and moral upbringing of children: A must for every muslim,” as its theme.

The Vice President urged Ghanaians not to do anything that would disturb the peace the nation had been enjoying over the years, to ensure peaceful elections in 2020.

He commended Muslims for championing the spiritual and moral values of Islam.

Dr Bawumia also praised the Hajj Board for organizing the most excellent and successful hajj this year, and urged them not to be complacent, but to do well to improve upon their performances come next year.

The Vice President reiterated the NPP government’s declaration that 2020 was going to be the year of roads, and assured Ghanaians that everything possible would be done to put most of the country’s roads in good shape.

He intimated that the first batch of 40 students would leave Ghana for Cuba by the end of the year to under-go a three-year training in medicine.

Sheikh Dr Anim Bonsu, National Chairman of the GMM, explained that the major aim of the Conference was to establish a College of Education at Kukuom.

Sheikh Bonsu pointed out that the compulsory church service for Muslim students and the discrimination against Muslim ladies in their veils in institutions or workplaces, was not healthy for social cohesion, “and should be stopped immediately by those involved.”

“We are appealing to all Ghanaians, especially those in authority to be tolerant, and allow people to practice their faith in freedom, as enshrined in the 1992 Constitution.”

Dr Bonsu reminded members of the GMM that the growth and success of the Mission depended on all and sundry.

“We must do all it takes to commit to our cause, to enable us pass the baton to the next generation.”

Sheikh I. C. Quaye, Chairman of the Hajj Board, and a founding member of the GMM, urged Muslims to support one another in unity, piety and righteousness.

Sheikh Quaye stated that as the “wealth of the nation,” children’s minds ought to be respected to enable them grow in peace.

While urging Muslims to seek knowledge at all times, Dr Samiu Kwadwo Nuamah, Member of Parliament for Kwadaso, urged them to work together, to help alleviate poverty from the society.

Osahene Kwaku Aterkyi, Omanhene of the Kukuom Traditional Area, and Chairman of the occasion, thanked the leadership of the Mission for its positive roles towards national development.