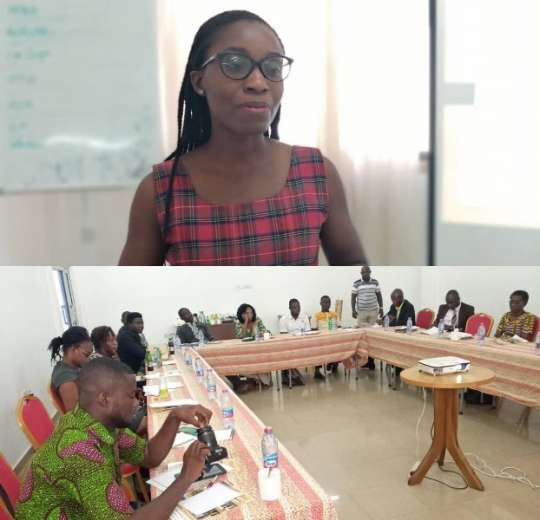 Alliance for Reproductive Health Rights (ARHR), a Non-Governmental Organisation (NGO), has called on the country’s policymakers to consider vulnerable groups including, Persons With Disabilities (PWDs), the Aged, Pregnant women and Nursing mothers and adolescents in national health policies.

Madam Doris Ampong, Communications Officer at the ARHR, who made the call in Tamale, said the move would ensure Universal Health Coverage (UHC) for everyone.

She was speaking at an audit findings validation meeting on “The integration of Gender Equality and Social Inclusion (GESI) in UHC Project”, organised by the ARHR with funding support from STAR GHANA Foundation.

The event was attended by representatives from youth groups, the health sector, Department of Gender and other stakeholders to validate the findings of the audit, which would be presented later to the appropriate authorities for actions.

Madam Ampong explained that the project sought to ensure a systematic integration of gender equality and social inclusion actions into national health policies, programmes and commitments related to UHC in Ghana.

She stated that a participatory monitoring of some health facilities at the district level was conducted by the ARHR, using GESI framework to track the progress of integration, implementation and impact of GESI actions in UHC.

According to her, the monitoring focused on access to health care services particularly, Community-based Health Planning Services (CHPS) and the National Health Insurance Scheme (NHIS) by the vulnerable and socially excluded groups in society.

Madam Ampong indicated that the audit found out that “There has been an increase in Out Patient Department (OPD) visits by the vulnerable groups, especially PWDs and the Aged, in CHPs facilities as result of the improved community education among these groups on the need to visit health facilities without feeling intimidated”.

She expressed worry that persons who were not part of the GESI group were rather enjoying benefits from initiatives meant for these vulnerable groups, and said those who really fell under that category were left out.

Madam Ampong therefore appealed to policymakers and other stakeholders to strictly include the vulnerable groups in national health policies to improve on their wellbeing.

That, he said, would end the stigmatisation some experience when they join queues to access health care services in health facilities.