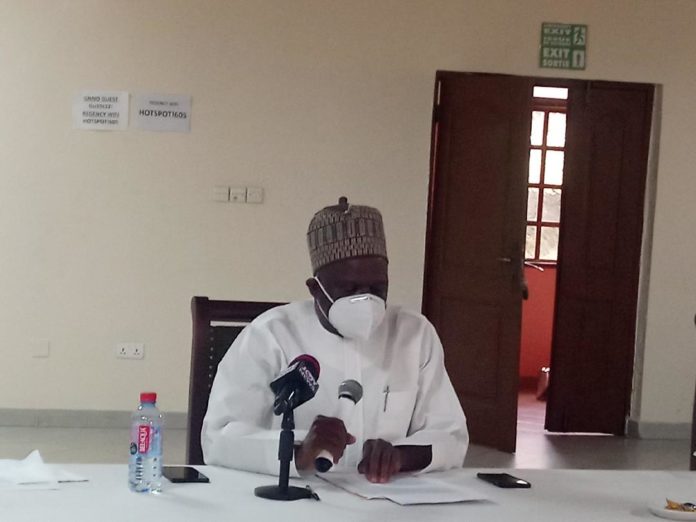 The National Peace Council (NPC), has urged Ghanaians to “jealously guard” the peaceful credentials of the country.

“This year and last year, Ghana was ranked by the Global Peace Index as the most peaceful country in the West Africa sub-region.

Let’s jealously guard this success by keeping the peace before and after December,” Maulvi Mohammed Bin Salih, a Board Member of the NPC stated at the inauguration of the National Monitoring Committee for the Implementation of the Code of Conduct and Roadmap on Political Vigilantism.

“In this regard, I call for calm in all the troubled spots in the ongoing voter’s registration exercise, particularly Banda Ahenkro,” he said.

“Let all the parties resolve disagreements through laid down regulations and avoid acts of intimidation and violence.”

He said the Peace Council in pursuit of its mandate called on the security agencies, particularly the Police to enforce the laws without fear or favour.

Maulvi Bin Salih, who is also the Head and Missionary in-charge of the Ahmadiyya Moslem Mission in Ghana, appealed to political parties to stop bussing people from outside constituencies for any political gains; declaring that, “they should respect the Code of Conduct and the Vigilantism and Related Offences Act 999.”

He called on citizens to avoid intemperate language and refrain from lending services to ‘power-thirsty politicians’ who would only lead them to destruction.

The Board Member also asked the media to exercise maximum restraint and be circumspect not to plunge the country into chaos.

He also urged religious and traditional institutions to join forces to sustain the peace in the country.