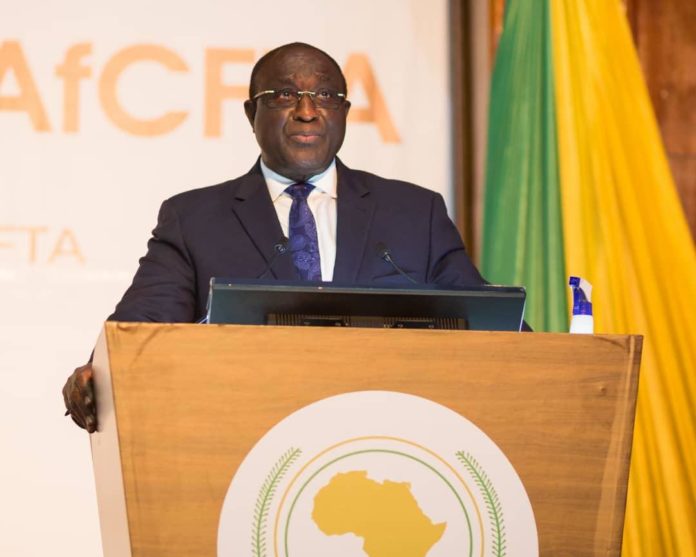 Mr Alan Kyerematen, the Minister of Trade and Industry, says countries need to move beyond the narrative of a continental free trade area to operationalizing the principles of a single market and ensuring that trading is commercially and beneficially carried out.

“Let’s try and go beyond the rhetoric and interrogate the conditions that will bring us to the point that we can confidently see that the AfCFTA is implemented,” he said at the Council of Ministers meeting in Accra at the weekend.

The 3rd meeting of the African Continental Free Trade Area Council of Ministers discussed pertinent issues critical for the start of trading in January 2021.

Mr Kyerematen said for the continent to benefit from the single market, there was the urgent need to create awareness among the regulatory authorities, including customs of all state parties, economic operators, including producers and exporters as well as the logistics industry in the various countries.

“These are the agents that would make AfCFTA work on the ground and if there is no awareness, we cannot harvest the benefits,” the Minister said.

He also called for the development of concrete ways to enable the regulatory authorities and economic operators to interface with the systems that were being established under the AfCFTA and to agree on rules of origin, the customs facilities and procedures for export and import for goods.

He urged member states to continue to commit themselves to laying the foundation for a single continental market for Africa.

“I am fully convinced that the coming into being of the African Continental Free Trade Area is one of the most important decisions taken by the African Union. For us in Ghana, we recognize that an increase in trade is the surest way to deepen regional integration in Africa,” Mr Kyerematen said.

On her part, Mrs Shirley Ayorkor Botchwey, the Minister for Foreign Affairs and Regional Integration, reiterated Ghana’s unwavering commitment to the implementation of the AfCFTA for the economic emancipation and transformation of the Continent.

She said the meeting presented the State Parties of the AFCFTA an opportunity to address issues concerning the operationalization of the customs provisions in the AfCFTA Agreement; the Protocol on Trade in Goods and related annexes on Tariff Reduction Schedules, Rules of Origin, Trade Facilitation, Transit and other matters related to border clearance.

“Progress on these pertinent matters will be crucial to the start of trading and the creation of the single African market for trade, investment and the socio-economic transformation of the Continent as well as the realization of the Agenda 2063,” She said.

“For African countries to benefit fully from the AFCFTA, efforts must be deployed by policy makers to build domestic production capacity through initiatives, which will empower the private sector to be competitive and export oriented. Let me point out that without a strategy to increase the volume of trade, the benefits of the AFCFTA will not be guaranteed,” she added.

Mr Wamkele Mene, Secretary-General of the AfCFTA Secretariat, said the continent was on the verge of a momentous occasion.

So far, 54 countries out of 55 have signed the agreement and 30 countries ratified

Mr Mene said the COVID-19 pandemic had destroyed the economies, caused the GDP to contract, caused decline in exports and loss of employment, among other factors.

“There is, therefore, the sense of urgency to implement the AfCFTA to take the countries out of the economic downturn,” he said.

“This agreement is more than a trade agreement it is a tool to Africa’s development,” he said.

It is projected that if successfully implemented, the agreement would be able to lift 900 million Africans out of poverty by the year 2035.