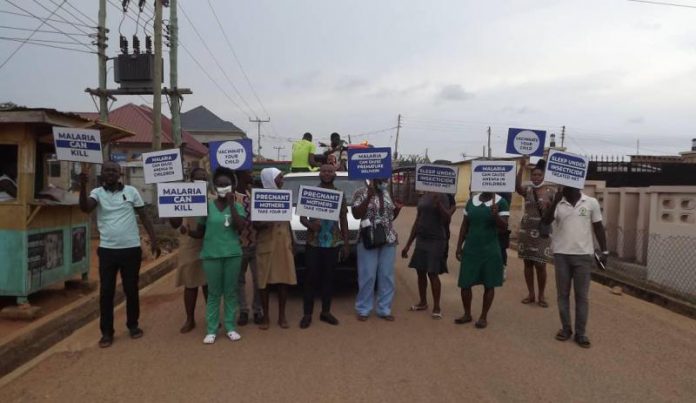 Mr John Kwesi Brenu, the Physician Assistant in charge of Senya Polyclinic, has called on the public to strictly observe malaria preventive measures to protect them from contracting the disease.

He said constantly clearing weed and stagnant water, sleeping under treated mosquito nets, and wearing protective cloths, among other things, would go a long way to protect them against the vector mosquito that spread the malaria parasite.

Mr Brenu made the call in an interview with the Ghana News Agency (GNA) after a two-hour float on some principal streets of Senya with placards, some of which read: “Protect yourself from malaria, the killer disease,” “Sleep always under treated mosquito nets,” and “Malaria is a killer’, to commemorate the World Malaria Day.

The event was to sensitise the community on the need for attitudinal change on environmental cleanliness to help curb malaria.

Mr Brenu said malaria was one of the killer endemics in the world and that as people “it is about time we stop the blame game, stop shifting responsibilities, see ourselves as responsible citizens and ask ourselves what we can do to help eradicate it from the society”.

“The fight against malaria is a collective affair and we must all join the crusade in the fight to live healthy and contribute our quota towards nation building,” he added.