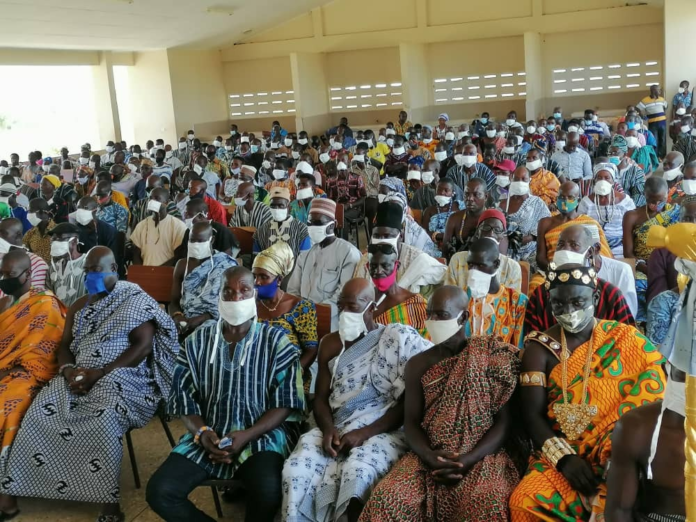 The Association of Chiefs in Krachi East Municipality of the Oti Region, has advised residents in Krachi East to show appreciation to President Nana Akufo-Addo and Mr Michael Yaw Gyato, Member of Parliament (MP), in the December polls.

He said a time to say thank you is when a revered friend has offered and awarded a region to the people of Oti, it is in place to reward him through the ballot box.

Nana Odam Gyamfi, Paramount Chief of Akroso, doubling as the Chairman of the Association said the New Patriotic Party (NPP) government led by President Akufo-Addo has brought Krachi East a number of laudable development projects including a region and therefore needs to be given a second term.

The Chiefs said under the President Nana Akufo-Addo’s led administration that the constituency was lifted from District status to Municipal and now the Regional capital of Oti.

The Paramount Chief highlighted some of the physical infrastructural projects in the Region: Dambai town roads being under construction, Regional administration office complex under construction, bungalows for Regional Minister and staff have been completed, contractors for the Regional Hospital are currently on the site, among others.

The traditional rulers expressed gratitude to the government for choosing Dambai, in the Krachi East Constituency as the Regional capital of Oti.

Communities around Dambai appeal for bridge