News Ghana
Home News Leverage on journalistic power to stop the carnage on our roads- Affail... 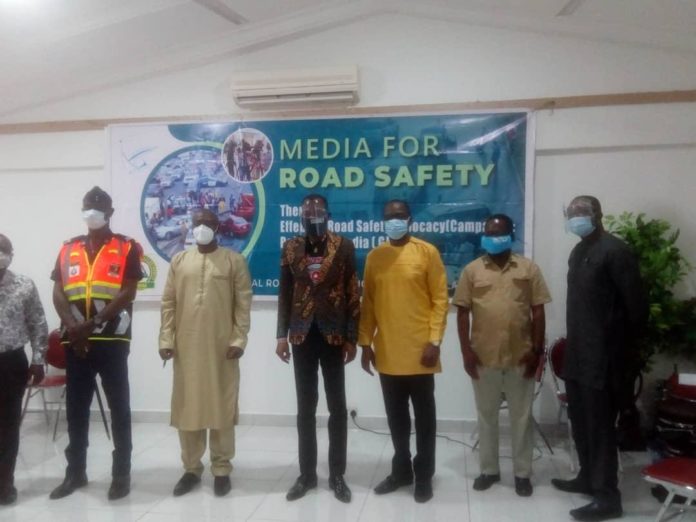 Mr Roland Affail Monney, President of the Ghana Journalists Association (GJA) has called on the media to leverage on their power as journalists to stop the carnage on the roads.

He said the media must go the extra mile with high programming and do whatever it takes to ensure precious human lives were saved.

“We must pursue this agenda until our roads are safer”, said.

Mr Monney made the call at the opening of a mini-workshop organised by the NRSC for media practitioners in the Eastern, Volta, and Oti Regions, in Ho.

He said the fatality of road accidents made preventive measures the only consideration and charged the media to “persist” on the National Road Safety Commission’s (NRSC) Media for Road Safety campaign, “until a drastic reduction” in road accidents.

He said as journalists, they must ensure accident-free roads by repositioning journalism to aid prevention

“Tackle the issues from the roots, try to change the narrative and fight the problem, not waiting for the accident to occur. Lead the fight for accident prevention,” he said.

Mr Monney said the media had put up a strong fight during the recent war against illegal mining, and asked that same courage and impetus to be employed in the crusade towards ending road carnage.

“Please name and shame people who drive recklessly, pedestrians who refuse to use footbridges and all reckless users of our roads. It calls for some courage and I believe we could make headway when we go on campaign,” he said.

The GJA President advised journalists to coax authorities to maintain roads in the best conditions, and promptly update the skills of drivers, among other responsibilities.

He asked the media to shift focus to the road situation, and help the country overturn the challenge.

Mr Daniel Wuaku, Deputy Director of the NRSC said the campaign drew strength from the UN Declaration of ear 2021- 2030 a “Decade of Action for Road Safety,” of which Ghana belongs to and together with other countries, had signed up and taken up the challenge to reduce road carnage by 50 per cent.

He said the media held the front of the campaign and would be instrumental in among others, helping place private transport sector operators under control, and ensuring positive changes in behaviour among the populace.

The Media for Road Safety programme is a synchronized campaign among the media, the NRSC, the police, and other relevant institutions, and is being held up by a wide array of stakeholders including the Presidency.

It is under the slogan “Arrive Alive” and has been poised to enhance compliance, get relevant authorities to deliver, and help revise regulations for efficacy.