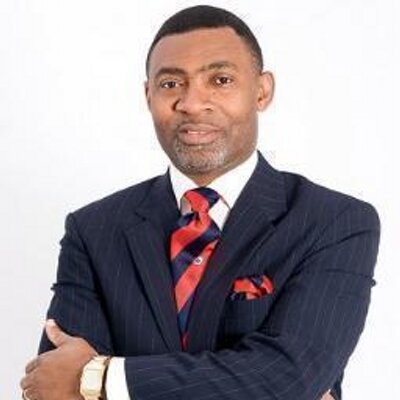 The Reverend Dr Lawrence Tetteh, Renowned International Evangelist has caution politicians who stands against the passage of the “Proper Sexual Human Right and Promotion of Ghanaian Family Bill 2021” to get ready to vacate their seats.

Rev. Dr Lawrence Tetteh noted: “there is no middle line, you are either for the passage of the Anti-LGBTQI+ or you stand to promote their practices in Ghana. Any politician who fails to speak-out against the practice is silently endorsing it. We will vote them out in Election 2024. All religious faith will come together and campaign against any Politician or Political Party who stands for LGBTQI+ practice in Ghana.

“I called on President Nana Addo Dankwa Akufo-Addo and former President John Dramani Mahama to make a public declaration on the issue. The public needs to hear their position clearly not from their spoke persons, but right from them. The two are the most prominent politicians now. Let them speak out”.

Rev. Dr. Lawrence Tetteh speaking at the Tema Ghana News Agency Industrial Board Room Dialogue platform, commended the Speaker of Parliament for his outright position, “I also salute all other religious leaders who are speaking against the practices.

“This is the first time ever that Christians, Muslims, Traditional Leaders have come together to speak against an issue. I salute the National Chief Imam for championing the position for the passage of the Anti-LGBTQI+ Bill.

“I also throw a challenge to other leading religious leaders who are silent on the issue to come out. You cannot keep quite as a religious leader, when the survival of man is under threat,” Rev Dr Lawrence Tetteh who is the founding President of the Worldwide Miracle Outreach with its international headquarters based in London, United Kingdom, said.

He explained that it was insane for people to argue on human right basis, saying, everyone needs to be human before any other consideration or rights.

Rev. Dr Lawrence Tetteh who is also a tele-evangelist, a philanthropist, a public speaker and the host of Miracle Touch TV programme worldwide, reiterated that “any politician for that matter parliamentarian who would embrace the LGBTQI+ concept would also be shown the exit in the next elections”.

He also admonished journalists that though their profession demanded that they be objective in their reportage, this was a matter that called for a strong stand against one’s conscience and this must guide their reportage at all times.

He said the LGBTQI+ had some spiritual connection, adding that religious leaders must pray and counsel people involved in the act.

Rev. Dr Lawrence Tetteh said the current debate on the Anti-LGBTQI+ in the country had put fear in some politicians and prominent pastors in the country, “so they are quiet, this is not the time to be quite at all. I am disappointed in some of our elites who are supporting the practice”.

He noted; “People I respect so much and thought they would speak loud against this despicable act were rather embracing it as human right issues”.

He noted that Ghana was not going to allow activities of LGBTQI+ in the country, saying the country’s health sector did not have the requisite equipment to treat victims who suffered health complications from the acts.

Mr Ameyibor said “As media, we must reach out to all segment of society irrespective of their status, everyone’s voice or opinion matter in the public debate for national development”.

He said in view of these development, and conscious of not leaving anyone behind, the Tema Ghana News Agency Regional Office have created three major flagship news platform to serve the public through unbiased dissemination of truthful, factual, accurate, and balance news.