MARGIBI…… Members of the Mano River Aviation Authorities from Liberia, Guinea and Sierra Leone, have appointed the Director General at the Liberia Civil Aviation Authority, Chief Moses Yarkpazuo Kollie as the head of the the Robert’s Flight Information Region (RFIR)’s Technical Committee.

According to an LCAA release, the appointment of Director Kollie is for a period of one year which began on March 30,2021; during the just ended two-days Ordinary Technical Committee and Ministerial Council Meetings that brought together Aviation Directors as well as, Transport Ministers and Directors from the three West African Countries; held in Freetown, Sierra Leone.

The move according to the LCAA, is predicated upon DG Kollie’s continual outstanding performances in fostering the improvement of the aviation industry in Liberia and the promotion of cordiality among the three members’ courtiers which are part of the RFIR.

The release further said, as head of the Technical Committee, Director Kollie will supervisor and safeguard all technical issues associated with the smooth operations of the RFIR while the three member countries adhere to best international safety and practices associated with air navigations as required by the International Civil Aviation Organization(ICAO).

The RFIR which is being hosted at the Roberts International Airport in Liberia, serves as a navigation control platform for Guinea, Liberia and Sierra Leone as part of enhancing safety and providing air navigation services for en-route flights in their combined airspace.

In his acceptance message to his counterparts, Director Kollie promised to ensure Liberia’s supports to the RFIR and provide every necessary technical support needed in seeing Liberia’s continual presence and contributions towards the improvement of the regional aviation sector especially for the three countries Mano Raver Countries of Liberia, Guinea and Sierra Leon. 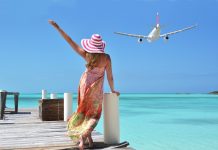 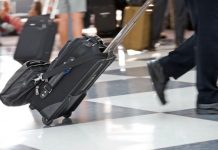