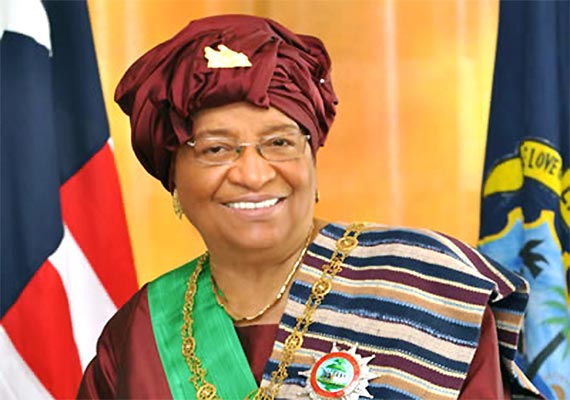 As Liberians across the country were eager Monday to listen to your final state of the Nation Address as required by our constitution, I thought it was germane to listen to Africa’s first female President. 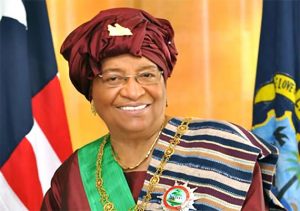 I listened because I believe in the future of Liberia and wanted to hear what my government has done and the prospects that lie ahead.I listened because I thought you were going to discuss ways to remedy the country from the great recession that has befallen it.

Sincerely Madam President, when you started to speak about asking that we give thanks to God for what he’s done for our nation, I joined in prayers for consoling our nation and its people despite all that you did that could lead to war:brutality by your loyal police against innocent citizens of this country, the flagrant violation of our constitution, the killing of innocent people, the clamp down on media institutions and the total muzzling of the press, etc.

I must admit Madam President, I was very fascinated at the inception of your annual address.But little did I know that my fascination would soon turn to anger and deep sorrow of reflection on the lives of the ordinary masses of our people.

I was kind of confused when you said “ I have been a witness as our country has gone from civil unrest, dictatorship, anarchy, and war; from the abuse of children conscripted as soldiers, pervasive sexual violence, and economic collapse; and then, finally, to peace, elections, development, and an open and dynamic civil society”.
My question: is the current recession in the economy not happening under your watch? Was the imprisonment of Vandalark Patricks, Henry Costa, Rodney Sieh, etc., an encouragement of dynamic civil society?

Madam President, you talked about Liberia transitioning from sexual violence as though we are blind. Since you didn’t say it, let me remind you that sexual violence against children is on the rampage madam president. So when you tell us about the better society you’ve created, we’re left with nothing but to ask: is she really sincere as her apologists’ claims?

The United Nation Mission in Liberia (UNMIL) in its 2015 report on Liberia said ” “rape is the second most commonly reported serious crime in Liberia,” with 803 cases in 2015 alone. Not a single county is spared from sexual violence against women and children during your tenure as our president.

The report also says “only two percent of rapes and Sexual and Gender-Based Violence (SGBV) cases reported last year resulted in a conviction in court”- so Madam President what happened to the remaining 98% of the rape cases that were reported? Today in Liberia young girls see you as a role model, yet they suffer the worst forms of sexual assaults, discrimination, and vulnerability in the Liberian society.

The problem is not that we don’t have institutions but our institutions that are spearheaded by your cronies and friends are weak and lack the willpower to institute laws and make sure they are executed. These things are only happening because you’re bent on branding your image internationally for more awards, while your people continue to live in shackles and despair.

We will continue to remind you that you have an obligation to the Liberian people for you failed them. You cried for power and we gave you power yet you betrayed us. Do you know how many young women continue to live in trauma as a result of your failed justice system? Do you know how many young girls are raped because you’ve failed to protect them? Montserrado where you live accounts for the highest number of rape cases in 2014 according to the Minister of Gender, Children and Social Development during the program of the 16 days of activism.

You’ve refused to invest in the human resource capacity building of the younger generation. Remember that probably fifty plus years from now, our natural resources: iron ore, gold, diamond, and others might be no longer around, the only resources we will have are the human skills that would solve some of our pressing problems. The time for getting prepared for that time is now. What investment have you done relative to human resource capacity building? You must Stop telling us about a future you’ve ruined already; invest in the human mind. A few months from now, you’ll no longer be the president of Liberia.

You talked about the next generation of Liberia being “empowered through education and new technologies” as if you’ve built a better education system. How many Liberian students in Bong, Nimba, River Cess, Mary Land and other counties in Liberia knows or have access to technology?

Your failure to invest in the future of Liberian students has led your facebook education Minister to let a private company decide the fate of our education system. This is because you and most of your government officials don’t have children attending Liberian schools. If some of them do, it must be in the luxurious schools! You’ve failed us and continue to promise more of the same.

No doubt Madam President, that you’re noted for delivering fine speeches and-and fancy policies that you never intend to implement. What are the fates of the so-called vision 2030, the Poverty Reduction Strategy and the Agenda for Transformation?

Our country’s economy is in shamble. Instead of investing money in the economy, you spent thousands of dollars on organizing meaningless “Miss Liberia” and non-priority programs. What’s the rationale behind “Miss Liberia”? Will it create more jobs for the jobless and provide food for thousands of the ordinary people living below one United States dollar every day? You talked about stability in the economy while struggling men and women from Lofa to Sinoe continues to be robbed of their dignity by private corporations. What dignity have you brought to Liberian workers and the ordinary masses our people? About 60% or more of Liberians are unemployed and the vast majority of those that are employed are underpaid.

Madam President, know that democracy without accountability is a mere bluff. There’s institutional corruption in this country. Over the years we’ve seen bandits transferred from one ministry to another. You’ve protected crooks in this country as America protects Zionist Israel against the innocent Palestinian people. There’s not a single government agency in Liberia that is spared of corruption.

The LACC was created to deceive the Liberian people. It’s just a money consuming institution that employed some of your loyalists who have no vision of fighting corruption. With the rising wave of corruption in this country, how many corrupt government officials have been charged since the LACC was enacted into law?

When you talked about the Health Sector, I sincerely thought you were speaking about the different country until I remembered that you were delivering the State of the Nation Address. The Health sector remains dilapidated.It is in total ruin because your government would rather use the monies meant for medicine on traveling, award ceremonies or embezzle them, yet your government officials continues to build homes in foreign countries. Your government is literally killing thousands of people every day for the decay you’ve created in the health sector.

When you steal a money meant for medicine, you’re killing many people who depend on that medicine to be cured. Do you know how many women deliver babies on farms in rural Liberia? Do you know how many people die at the nation’s so-called referral hospital because of the corrupt nature of the people you appointed there? NO. And that is because you care less about the Liberian people.

In the 1970’s about 70% of the rice we consumed was produced in Liberia. Today, our country imports almost 95% of what we consume. That is because you’ve seen nothing in supporting Liberian farmers. You see nothing in agriculture; this is manifested in an agriculture ministry being located in the capital! Why?

Your statement that papa has made many stops was an insult to the suffering men in this country. It was something that “papa” will never forgive you for. You lied on “papa”. You promised job but only most of the “papas” that could technically be used as “mamas’ were given the opportunity.

You’re leaving with a broken legacy. But one thing I can assure you is that Liberia will crush all the ills you helped create in our country.