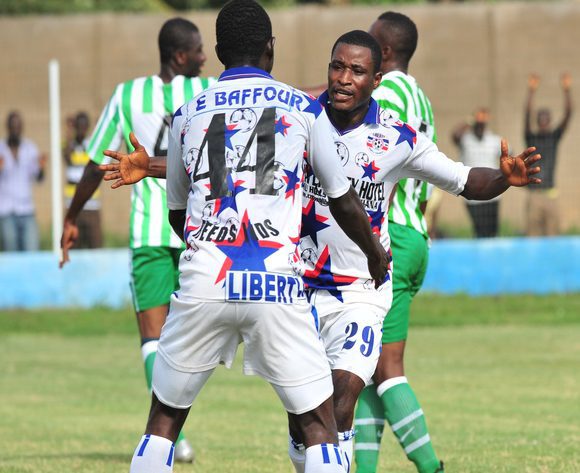 2013 FIFA U20 World Cup star Kennedy Ashia hit a brace to help Liberty Professionals hand down a 3-1 defeat to Sekondi Hasaacas in the Ghana Premier League on Wednesday.

The 21-year-old who rejoined the Dansoman-based club from a loan spell with Norwegian side FK Brann shot Liberty ahead in the 63rd minute with a prolific finish before Ghana U20 invitee Tamimu Montari added the second four minutes later.

Frederick Quayson halved the deficit for Hasmal with a good finish from inside of the box in the 78th minute to give them hope of savaging a point from the game.

But Ashia enhanced his scoring credentials with another fantastic strike to seal the win for Liberty and end their winless run.

De-luxy Professional Boxing League will return with a bang

GCB Is Well Positioned To Return Value For Investors – MD