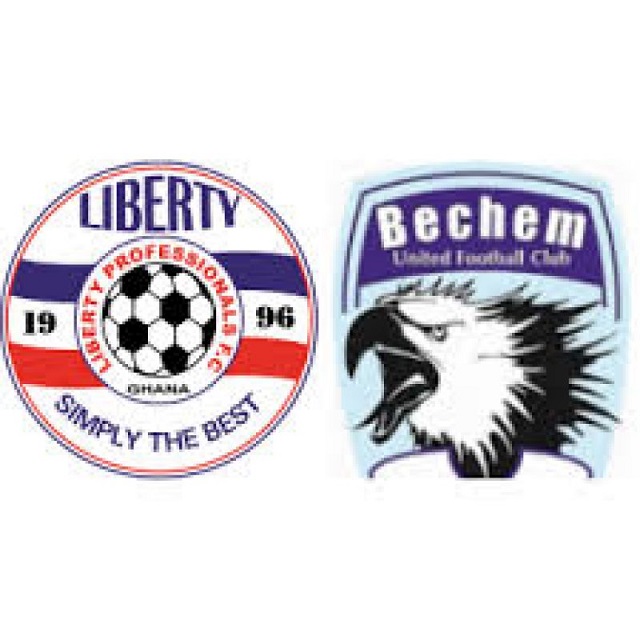 Liberty Professionals were held 1-1 all at home by Bechem United in a matchday one encounter of the Ghana Premier League (GPL) played at the Dansoman Carl Reindorf Park on Monday.

Liberty Professionals captain George William Ansong opened the scoring for the home side in the first half while Stephen Owusu grabbed the equalizer for the Hunters in the second half.

Liberty Professionals started the game on the front foot as they searched for the early lead and did that on the 16th minute mark through their talisman Ansong who headed in from close range after a delightful cross from Abraham Wayo.

Bechem United responded very well after going a goal down and could have pulled parity on the half-hour mark through their striker Hafiz Wontah Konkoni but his effort on goal skewed narrowly wide.

Charles Mensah should have equalized for the away side a few minutes later after Konkoni’s through ball found him one-on-one with Liberty goalkeeper Kofi Baah but he shockingly missed.

Liberty Professionals were on the back foot but handled the pressure from the away side very well as they held onto their lead to halftime.

Bechem United started the second half the better side as they pushed for the equalizer.

Stephen Owusu pulled parity for the away side from the penalty spot in the 55th minute after Clinton Duodo was brought down in the penalty area by Liberty Professionals defender Samuel Amofa.

The Scientific Soccer lads responded very well with urgency in their play as they searched for the lead.

William Ansong nearly scored his second goal of the game in the 70th minute but his header this time round was straight at Bechem goalie Daniel Afadzwu.

Liberty Professionals looked the likely team to get the next goal as they created numerous chances but lacked the cutting edge.

The late stages of the game saw some end-to-end action but both sides held on to their solitary strikes to share the points.