Amnesty International delegates in Libya have met detainees being held in and around Tripoli, Misrarah and Gheryan, who showed visible marks indicating torture inflicted in recent days and weeks. Their injuries included open wounds on the head, limbs, back and other parts of the body.

The torture is being carried out by officially recognized military and security entities as well by a multitude of armed militias operating outside any legal framework.

“After all the promises to get detention centres under control, it is horrifying to find that there has been no progress to stop the use of torture,” said Donatella Rovera, Amnesty International’s Senior Crisis Response Adviser, from Libya.

“We are not aware of any proper investigations into cases of torture, and neither the survivors or relatives of those who have died in detention have had any recourse to justice or redress for what they have suffered.”

“While many detainees have described their experiences of torture to us, some have proved too scared to speak – fearing harsher torture if they speak out – and just showed us their wounds.”

Detainees, both Libyan and foreign nationals from sub-Saharan African countries, told Amnesty International they had been suspended in contorted positions, beaten for hours with whips, cables, plastic hoses, metal chains and bars and wooden sticks, and given electric shocks with live wires and Taser-like electro-shock weapons.

The patterns of injury observed by the organization were consistent with their testimonies. Medical reports seen by Amnesty International also confirmed the use of torture on several detainees, a number of whom died in custody.

The majority of detainees being targeted are Libyans believed to have stayed loyal to Colonel al-Gaddafi during the recent conflict. Foreign nationals, mostly sub-Saharan Africans, also continue to be randomly detained, including in connection with their irregular legal status, and some are tortured.

The organization found that detainees were usually tortured immediately after being held by local armed militias and subsequently under interrogations, including in officially recognized detention centres. To date detainees have not been allowed access to lawyers. Several told Amnesty International they had confessed to crimes they had not committed just to end the torture.

In Misratah, detainees continue to be tortured in an interrogation centre run by the National Military Security (Amn al-Jaysh al-Watani) and in the headquarters of armed militias.

On 23 January, Amnesty International delegates interviewed detainees in Misratah who had been tortured only hours earlier. One man, still in detention, told the organization:

“This morning they took me for interrogation upstairs. Five men in plain clothes took turns beating and whipping me… They suspended me from the top of the door by my wrists for about an hour and kept beating me. They also kicked me.”

Another detainee told Amnesty International he was beaten on wounds which he had sustained the month before at the hands of the militia. He said:

“Yesterday they beat me with electric cable while my hands were cuffed behind my back and my feet were bound together. They threatened to send me back to the militia who captured me, who would kill me.”

Several detainees have died in the custody of armed militias in and around Tripoli and Misratah in circumstances that suggest torture.

Relatives of a former police officer and father of two from Tajura, east of Tripoli, told Amnesty International that he was detained by a local armed militia in October 2011 and they had been unable to obtain any information about his fate for about three weeks, until he was allowed to call his wife.

A few days later his family was informed by a hospital in Tripoli that his body had been brought in.

The most recent death in custody as a result of torture known to Amnesty International was’Ezzeddine al-Ghool, a 43-year-old army colonel and father of seven, who was detained by an armed militia based in Gheryan, 100 km south of Tripoli, on 14 January

His body was returned to the family the following day covered in bruises and wounds. Doctors confirmed that he had died as a result of the injuries he sustained. Several other men who were detained at the same time as him were also reportedly tortured. Eight of them sustained serious injuries which required hospital treatment.

Amnesty International said that it has received reports of other similar cases which it is investigating.

Despite repeated requests by Amnesty International since May 2011, the organization said that the Libyan transitional authorities – both at the national and local level – have failed to conduct effective investigations into cases of torture and suspicious deaths in custody.

The police and the judiciary remain dysfunctional across the country. Amnesty International said that while in some areas courts are reportedly processing civil cases, so-called “sensitive” cases related to security and political issues are not being addressed.

Instead a range of mostly unofficial bodies, with no status in law, including so-called “judicial committees”, have been carrying out interrogations in various detention centres, outside the control of the judiciary.

“So far there has been a complete failure on the part of those in power to take concrete steps to end torture and other ill-treatment of detainees and to hold accountable those responsible for such crimes”, said Donatella Rovera.

“We don’t underestimate the challenges faced by the Libyan transitional authorities in establishing control over the multitude of armed militias operating throughout the country, but we must see them taking decisive action on torture. In the interests of building a new Libya based on respect for human rights, this issue cannot be left at the bottom of the pile.”

Amnesty International called on the Libyan authorities to urgently:

•    Ensure that prompt investigations are carried out into all known or reported cases of torture and other ill-treatment, immediately remove suspected perpetrators from any functions dealing with detentions pending the outcome of the investigations; where there is sufficient admissible evidence, bring suspects to justice in fair trials and without the possibility of the death penalty;

•    Ensure that all detainees are allowed access to lawyers;

•    Ensure that detainees undergo regular medical examinations and that medical certificates describing any injuries possibly resulting from torture are provided to the detainees and to the judicial authorities.

•    Subject to communications, Amnesty International delegates are available for interview from Libya in English, French, Spanish and Italian.

•    In October 2011 Amnesty International published Detention Abuses Staining the New Libya, a report into use of torture and ill-treatment in Libyan detention centres. 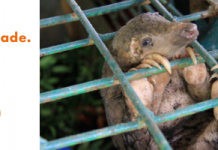 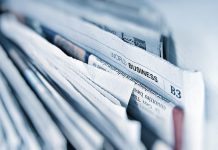