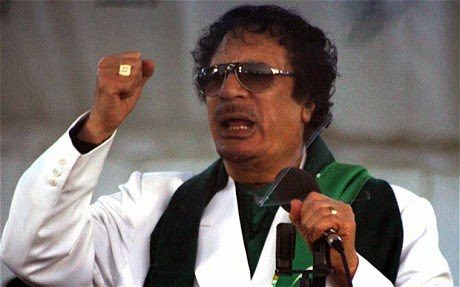 Thousands of Libyans on Wednesday celebrated the 10th anniversary of the revolution that overthrew the regime of the late leader Muammar Gaddafi in 2011.

Amid tight security measures, many Libyans, including children, have started to flock to the Martyrs’ Square in the center of the capital Tripoli since the early morning for celebration. “Today, we celebrate the revolution in an enthusiastic atmosphere.

We are optimistic about the political stability that prevails in the country now. We hope that this atmosphere will translate into real stability and address the economic and security conditions that the Libyan people are suffering from,” Kholoud Mazugi, a Libyan citizen, told Xinhua.

“Some people think the celebration is a waste of time, but it is necessary to be well aware that the revolution is what made the people express their opinion without fear and made them exercise their democratic right without pressure from anyone,” she said.

Khalifa Al-Darhoubi, who also came to the Square with his family for celebration, said the anniversary should be an incentive for politicians to resolve issues and achieve consensus on the road map leading to the elections. “We came with hope that the Libyans still have the opportunity to move on and forget the past, take advantage of the current opportunities, rebuild the country, improve their conditions, and reach the elections at the end of this year,” Al-Darhoubi told Xinhua.

In February 2011, many Libyans demonstrated against the regime of Gaddafi, demanding justice, equality and improved living conditions. Soon afterward, the demonstrations turned into an armed conflict between Gaddafi’s forces and West-backed rebels, before Gaddafi’s regime was overthrown in October 2011.Since then, Libya has been plagued by escalating violence, political division and economic instability.

The Libyan Political Dialogue Forum (LPDF) recently selected a new executive authority for the North African country, which was welcomed by all the Libyan parties. The new authority’s main task is to prepare Libya for the general elections on Dec. 24, as agreed by the LPDF.