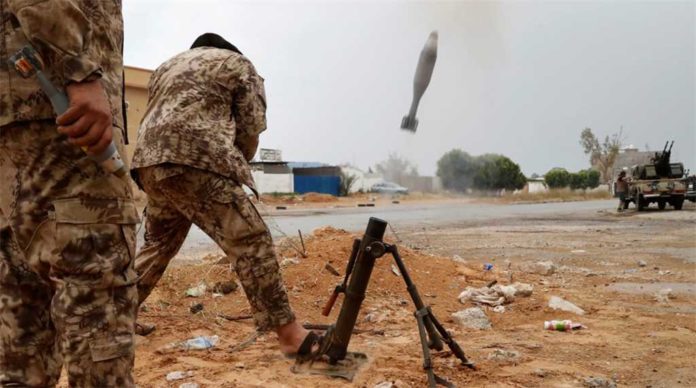 The UN-backed Libyan government on Thursday accused the rival eastern-based army of attacking its forces in Sirte city.

Spokesman of the Libyan government forces, Mohamed Gonono, said in a statement that the eastern-based army fired 12 Grad rockets at the positions of the government forces in west of Sirte, some 450 km east of the capital Tripoli.

“The Operations Command awaits instructions of the Supreme Commander to deal with and respond to the fire sources at the right place and time,” the statement said.

However, the eastern-based army denied the attack.

A few days ago, the UN-backed Prime Minister Fayez Serraj and the Speaker of the eastern-based House of Representatives Aguila Saleh issued calls for a cease-fire in the country, reopening the oilfields and ports, holding elections, and turning Sirte and Jufra into demilitarized zones.

However, the eastern-based army denounced Serraj’s initiative as merely “media marketing,” while accusing the UN-backed government of preparing to attack its units in Sirte.

After the eastern-based army withdrew from western Libya recently, the UN-backed government has been trying to take control of Sirte and Jufra in central Libya.