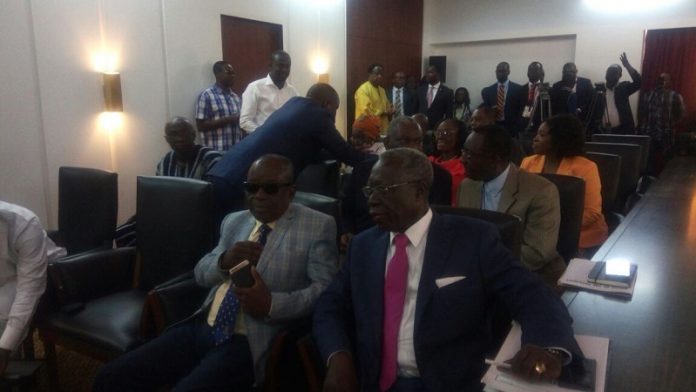 “I do not live on false promises. I cannot afford to live on bad advice” (Robert Kiyosaki). 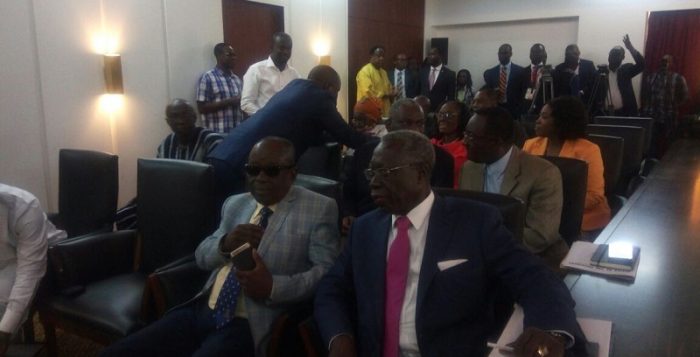 Akufo-Addo’s and Bawumia’s policy idea to make the private sector the focal point of their yet-to-be-implemented governance style is a commendable one.

However one looks at the Ghanaian political economy from the unique perspective of the Fourth Republic, one cannot but cautiously conclude that the ruling elites have always resorted to the economic philosophy of bureaucratic capitalism to manage the national economy, and it really does not matter whether the constitution of a ruling class in power is drawn from the National Democratic Congress (NDC) or the New Patriotic Party (NPP).

We should clarify bureaucratic capitalism as a mixed economy, and in that sense it entails an operational marriage between the private sector and the public sector.

Certainly one cannot exist without the other, meaning that the concept of intrinsic mutualism is of paramount consequence to the optimal sustainability of both sectors.

But optimal sustainability has been merely a dream in the Ghanaian body politic, a cosmetic pursuit that has severely undermined the operational competitiveness and strategic effectiveness of the national economy and failed to lend credence to the testable potential benefits of quantum economics.

Rather importantly, the relative absence of optimal sustainability in the broader context of Ghana’s economic development has never existed in a vacuum.

Institutional corruption, weak judiciary and parliament, executive dominance, the underground economy, unpatriotism, bureaucratic bottlenecks, corporate irresponsibility, bad leadership and fiscal policies, organized crime, vicissitudes of the global economy, and lack of economic diversification are some of the major drags on the nation’s economic development. This is no rocket science.

What this means is that for us to have a sustainable, competitive national economy these problems and others not directly mentioned here in the aforesaid paragraph must be thoroughly addressed.

The other interesting point is that the suit of problems we have previously referenced is not unique to the public sector. In other words they can be found in the private sector as well.

This also means that for both sectors to function optimally in the practical sense of mutual competitiveness, the ruling class will do well not to underestimate the magnitude of these problems by unnecessarily hyping the alleged superiority of the private sector over the public sector, in which their intrinsic context of shared or mutual problems is totally ignored, probably for lack of insightful appreciation of the running intricacies of political economy on the part of the ruling class.

Particularly in our part of the world, Ghana included, the private sector is not intrinsically superior to the public sector.

Thus Akufo-Addo’s warning to those potential political appointees who may be working in and with his government come January, may come up against both foreseeable and unforeseeable roadblocks.

In other words, those who are likely to join his government under the pretext of making money had better join the private sector instead. How much quantum of money does Akufo-Addo have in mind?

The warning is therefore vague and on account of this vagueness, we shall given him the benefit of the doubt as he is likely to roll out a roadmap for it when he assumes political office early next year.

Nevertheless, this vagueness needs to be replaced with an injection of categorical qualification to make practical sense, because the political convenience of vagueness tends to provide justifiable grounds for official dereliction and denial.

Even more so, the fact still remains that the private sector does not guarantee steady profit, material wealth and operational sustainability.

Can qualified men and women from the private sector with a universe of vast technocratic and industry experience join his government then?

Could these men and women transfer their extensive knowledge and experience to his government, to the public sector?

Could Akufo-Addo’s magic wand be facing a potential fancy dilemma?

Finally, and perhaps most significantly, no human being—including this author—in his or her right mind will wish Akufo-Addo and his incoming government to fail.

We all have families and friends in Ghana and therefore when he and his incoming government succeed across the board, there is a greater chance that these family members and friends will also benefit somewhat, even if remotely.

But this will require skilled management and translation of goodwill or political capital, and cultural diplomacy into pragmatic policy formulations, all literally geared toward development economics, improved Human Development Index (HDI) and Happiness Economics and the Ibrahim Index of African Governance (IIAG), successful comparative advantage and pragmatic nationalism goals, and attainment of the Millennium Development Goals (MDGs).

The alternative is pragmatic incompetence eventually taking over the reins of power and turning them into destructive agents of leadership failure, a sorry trademark of the Fourth Republic. The fact, alas, is that no leader from either major political party in the Fourth Republic has given us cause to think otherwise, namely thinking of Ghanaian leadership and Ghanaian society in absolute good terms.

And, it is not as if the Ghanaian leadership or ruling class does not know what to do in order to improve the lot of the masses. Ghanaian leaders do in fact know exactly what to do, yet somehow they allow general apathy, wickedness, ignorance, extreme partisan politics, unpatriotism, institutional corruption, political ethnocentrism, and strategic incompetence to steer the affairs of the nation.

In a nutshell, the knotty dilemma which Akufo-Addo and his incoming government are likely to come up against is the well-known suit of social ailments, from extreme partisan politics, an extremely polarized society, institutional corruption, the uncreative resistance of the Ghanaian’s ossified attitude and character and mindset to positive and sustainable change, the unpredictable nature of the market economy of cash crops and gas/oil, general apathy, organized crime, serious deficiencies or unreliability in power supply, and unpatriotism to the vicissitudes of the global market, among others.

Thus Ghana needs more than a passing rhetoric of righteous indignation and emotional investments in a proactive, visionary, strong, pragmatic and intelligent leadership to reverse these negative trends.

The typical bobcat Ghanaian politician, a creepy moral Luddite, is also a self-seeking boobocrat or snollygoster absolutely lacking in the power of introspective conscience. These good-for-nothing politicians with prosthetic brains and heads have nothing useful to offer Ghana and Africa.

This new elitist Sodom-and-Gomorrah-cloak-wearing political animal with a sagging waterlogged brainpan is wont to hide behind his highfalutin Orwellian language of magical consummation, itself lodged or hidden behind another thick winding layer of political theology, and make angelic and saintly promises only to turn them into eloquent pictographic alchemy of needless propaganda when he is given the opportunity to demonstrate his leadership, managerial and technocratic process in order to put his well-meaning critics to shame.

This politician behaves as though he is an earthly angel, a saint, a magician, none of which he is not, yet the same people keep voting him into power every now and then without seeing any material gains in their lives.

This politician, who is a scarecrow lip-server and is also usually surrounded by a cabal of murderous thieves, greasy nation-wreckers and cold, conning political criminals, only works so hard just so he can succeed in turning his angelic and saintly promises into a cesspool of apocalyptic curses once popular sovereignty gives him the mandate, and in destroying the collective destiny of his subjects.

Popular sovereignty therefore tends to understand and see change only in the changing mechanism in the physical attributes of the politician in whom it reposes its trust of executive authority.

Popular sovereignty in tandem with this criminal politician shortchanges the people in broad daylight, leading to their continuing privation, debasement, hopelessness, and dehumanization.

Thus, true change continually evades popular sovereignty as it gets progressively habituated to the status quo of political inaction.

The Ghanaian has therefore never known change because he and the politician he always votes into power never change.

It is even sadder when this politician relies on the fake, backward clergy for moral guidance in important matters of strategic policy formulations, a clergy that is divided in its loyalty to and support for political leaders—all for the sake of courting political attention and patronage and their share of loot from the public purse which these self-seeking politicians have managed to ransack dry.

As a matter of fact the seeming moral, intellectual, and spiritual bankruptcy of unpatriotic Ghanaians and their dangerous cabal of wicked politicians is partly the doing of this fake, backward and scheming clergy, and, as a result, it becomes extremely difficult to change the ossified Ghanaian mindset and society for the better so long as Ghanaian citizens themselves and their wicked, unpatriotic politicians do not see any need for change in their negative attitudes, a stinking dress of attitudes irreversibly frozen under the antiquated glare of moral absurdities and inflated egos.

And if we may add, all these self-professed politicians who know absolutely nothing about speaking truth to power are animate chameleons costumed in the frigid wickedness and moral indignation of human corporeality, merely to deceive great men and women of noble, patriotic conscience.

Is the Ghanaian leadership truly capable of sustainable—rather than cosmetic—change, of patriotically loving the nation and its beautiful, hardworking masses without a creeping sense of moral equivocation?

A rhetorical question indeed, and so it goes, Dear Readers!