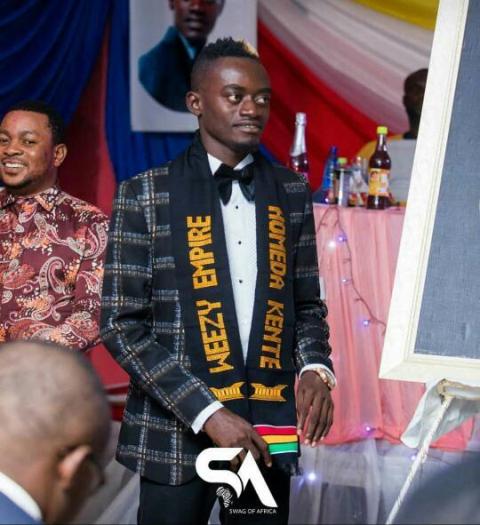 It was all excitement, when the media entourage gathered at the X5 Pub in Kofrom, as popular Ghanaian actor and musician, Kwadwo Nkansah “Lil Win” dinned with various media personalities.

“Lilwin” who is the Chief Executive Officer of ”Wezzy Empire” Group of Companies, said there was the need to appreciate media personalities, who have helped him thrived in his career.

He stated that, the media was an important stakeholder in the showbiz industry and took the chance to garner support for the industry.

At the dinner party, “Lil Win” unveiled various projects that have undertaken by ”Wezzy Empire” as he unveiled his new signee “Young Chorus” a Ghanaian afro-pop music sensation.

“Lil Win” was grateful to all personalities who have supported him so far and stated that differences should be settled amicably to help the growth of the industry.

The dinner party was graced by various celebrities which includes Obaapa Christy, Joyce Blessing, Pope Skinny among many other Dj’s, blogger and astute businessmen and politicians.