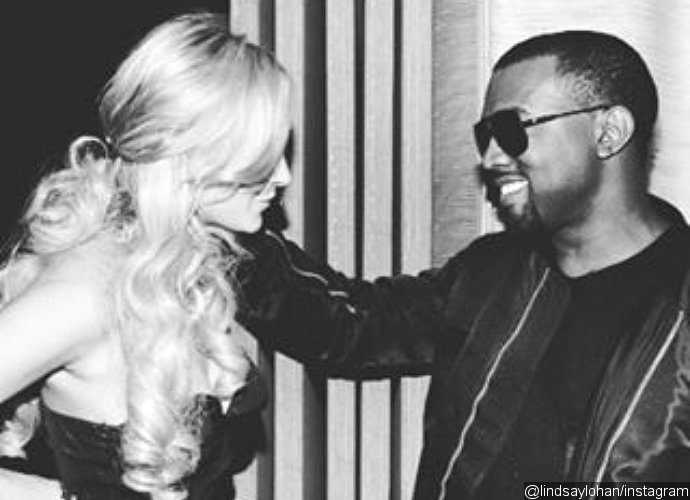 Lindsay Lohan is seemingly inspired by Kanye West?s presidential announcement at the 2015 MTV Video Music Awards in late August. The blonde beauty announced on Friday, October 16 that she ?may run for president? in 2020.

The actress of ?The Canyons? took to Instagram to share a picture of her during a supposed formal dinner. Lindsey wore a black dress and seemingly discussed a serious subject with a guy next to her. Alongside the picture, she made an announcement of her possible presidential run in 2020.

?In #2020 I may run for president. Through ups and downs #YESWECAN,? Lindsay wrote, before mentioning Kanye, ?Lets do this @kanyewest #truespirits thank your for inspiring us to be better people.?

At the end of the caption, Lindsay put a lot of hashtags including ?Kanye West 2020,? ?Lindsay Lohan at 35,? ?Lindsay Lohan 2020,? ?34 years of EXPERIENCE? and ?uniting WORLD nations.? She also tagged some Instagram accounts including @barackobama, @aliforneycenter, @savethesociety and @unicef.

Following the first picture, Lindsay posted a black-and-white throwback picture of her alongside Kanye. In a caption for the picture, the 29-year-old actress revealed the first thing she wanted to do as a president. ?The first thing I would like to do as president of [the U.S.] is [to] take care of all of the children suffering in the world. #queenELIZABETH showed me how by having me in her country.?

Some fans were surprised with her presidential announcement and thought she was under the influence when she made the posts. User @ceemullen wrote, ?What the f**k delusional drug binge is she on now.? User @simplesyr commented, ?Should we be worried bout her?? Similarly, user @jayare1185 said, ?Soo curious to know wtf she is on??