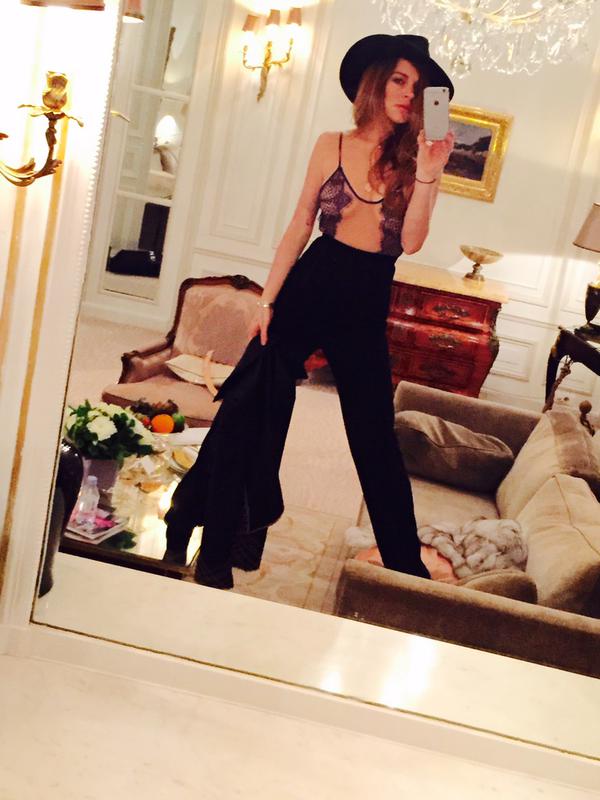 Lindsay Lohan wants to show the whole world that she is a complete different person now following her wild years and she is trying to ?break the Internet with the clothes on.? On Saturday night, March 7, she tweeted a selfie that showed her baring a bit of cleavage in a semi-sheer top. The 28-year-old star combined the top with high-waisted black trousers and a matching black fedora hat while striking a pose in front of a giant mirror in what looked like a luxurious home. ?Break the Internet with clothes on. #majorlooks,? so read a caption that accompanied the tweet pic.

Later that day, Lindsay could be seen treating herself to a dinner at Costes restaurant in Paris. She could be seen leaving the eatery and made her way into a waiting car with wide smile on her face. She hid her sexy top under a long Chanel overcoat.