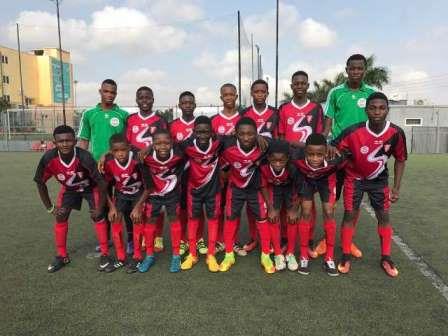 Lizzy Sports Academy has promised to add a new trophy to their cabinet when they lift the Dubai Intercontinental Football Cup in Ghana this weekend.

The eight team tournament kicks off from Saturday, December 2 to Sunday, December 3, at the Lizzy Sports Complex in Accra.

Seven teams from Ghana will be joined by guest participant from Spain who will be lead by former Real Madrid defender Michel Salgado.

The under13 football tournament which is being organized by Centa14 Sports and Entertainment will see two groups with Group A housing; Lizzy Sports Academy, Spanish Soccer Schools, Golden Hills and Dansoman Barcelona whilst Group B host Desideros , Next Generation Talent Academy, Akosombo FC and Elite Soccer Club.

Nana Kweku Agyekum, Technical Director of Lizzy Sports Academy has said he was confident his side, who have won three international cups already will emerge as the maiden winners of the DIFC tournament, Ghana Edition.

“My team has won the World Youth Championship Cup three times (2015, 2016 and 2017) in Sweden and Norway. So when I look at this young team and what they have done in the last three years, I can say they stand a good chance of winning this tournament,” he said.

He added that he expects a tough competition from the other participating teams to make the tournament exciting.

“I expect a good competition because I have seen Dansoman Barcelona and Desideros play, and I think they are very good teams. And so we are hoping that we get a tough competition so that the Spanish teams can go back and say positive things about the
talents we have here.”

Lizzy Sports Academy would be led by 11-year old Manchester United target Meshach Sowah Adjetey, who has been twice adjuged the best player in the last two editions of the World Youth Cup in Sweden, together with young prodigy Elijah Akwasi Boateng who will be combining to bring glory to their side.

The best team among the seven Ghanaian clubs from the tournament will occupy Ghana’s slot at the global edition in February 2018 in Dubai and compete against world class teams like AC Milan, Real Madrid and Celta Vigo.

Lizzy Sports Academy is owned by world cup winner Marcel Desailly was formed in 2010 and has trained a lot of Ghanaian talents as well as other international talents.
GNA/Newsghana.com.gh