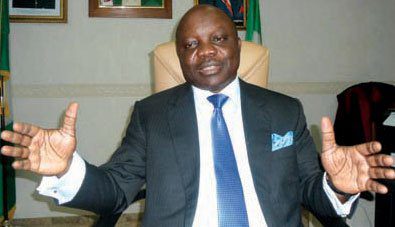 Governor Emmanuel Uduaghan of Delta state has attributed the defeat suffered by the Peoples? Democratic Party (PDP) at the presidential elections to the loss of five governors from its fold and also to neglect by some members of the party.

According to Uduaghan, some persons within the party believed that the Governors? Forum was becoming too powerful and the then Chairman of the party did not help matters as he was acting like a ?CEO? writing queries to Governors.

The crisis generated by this, as well as the impunity in the party caused the departure of some of the governors.

Speaking on a political programme on Channels Television monitored by our correspondent, the Delta governor said that the PDP was the greater loser in the crisis that rocked the Governors? Forum as it led to their 2015 election losses.

?The party did not recover from the loss of those five governors,? he said.

He added that performance was not an issue for the party and they did not lose because they failed to perform.

Governor Uduaghan also blamed the lack of fairness during the party?s primaries as another major factor that led to their losses during the just concluded elections.

He explained that the stifling of internal democracy which denied members of the party their rights to vie for elective positions led to the emergence of unpopular candidates who flew the flag of the PDP at different levels across the country.

Uduaghan, who admitted to being aggrieved at some point due to his failure to secure the PDP?s senatorial ticket, said he remained in the party because he did not believe in decamping, rather he was of the opinion that the party needs to be rebuilt and he has a role to play in the process.

He also expressed his expectations of the incoming government of General Buhari but advised that the APC-led Federal Government must apply a style of leadership that would unite all Nigerians irrespective of the voting pattern during the 2015 polls.