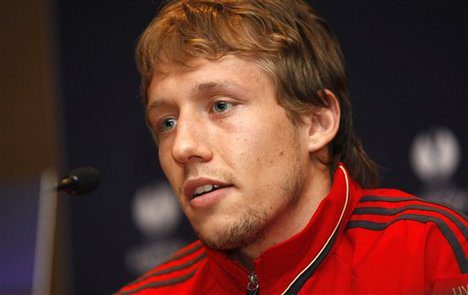 Liverpool midfielder Lucas Leiva believes his team-mate and compatriot Philippe Coutinho is already one of the top talent in the world.

Coutinho was Liverpool?s hero in the fourth round of the FA Cup and replicated those antics Wednesday night when he scored in the 70th minute against Blackburn to book their place in the last four of the competition.

Liverpool will now face Aston Villa in the semi-final at Wembley later this month.

Reflecting on their win, the Liverpool midfielder stressed that it was a big win for the team and they had to work hard against a tenacious Blackburn team in difficult conditions to achieve the result.

?It?s a massive result. I think everyone could see how hard we worked,? Lucas said.

?We knew that it was going to be very hard game in difficult conditions, but we are so happy to get to Wembley and hopefully get to the final.?

Lucas is not surprised with the way Coutinho has emerged this season for Liverpool as he always knew his compatriot had the ability to become a world beater.