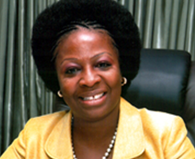 For some time now, I have been an ardent follower of the case between Madam Matilda W. Parker and the Government of the Republic of Liberia.

Even though I am afar, but as a proponent of Justice, I have a duty to provide my perspective on germane issues relating to Liberia. Hence, I thought to weigh in a bit on this matter, after conducting some background investigations.

One of the main reasons for Liberia’s slow-paced development in this modern era is conspiracy in public service. Any government that wraps itself in a blanket of hearsay and hatred is bound to fall. Since 1847, successive regimes in Liberia have adopted an unpleasant theory of witch-hunting and conspiracy to destroy the well-merited reputation of prominent citizens who have demonstrated the real essence of patriotism through humility, hard work, selflessness and integrity.

While governments of other countries around the globe are honoring devoted statesmen and women for prioritizing public interest through sustainable reform programs, the government of Liberia is busy plotting to tear apart an enterprising and visionary character whose outstanding record in public service remains laudable and admirable even today. No wonder why Liberia continues to crawl on its belly.

Whenever those with the real vision and passion to transform our nation are grudgingly targeted by pseudo-patriots, the people become direct victims of such conspiracy. It is a fact in Liberia that public officials who usually pursue the path of high ethical principles and procedures become popular enemies to many, including the government itself. Such unscrupulous tendency is entirely responsible for our underdevelopment and backwardness.

This country, we all profess to love so dearly, can never become what it ought to be, until we begin to display a true sense of nationalism. Political machinations and maneuverings have done more harm to our country. As we approach an uncertain and a challenging future, we are yet to learn from our past as a nation and a people. There are obvious signs that Liberia is still far away from conclusive recovery, as a result of bad governance (witch-hunting and conspiracy).

So soon we have forgotten that tearing apart each other has bitter outcomes than better results. So soon we have forgotten that maligning one’s reputation for selfish gains is a recipe for division and disintegration. So soon we have ignored the fact that the court must never be used as an instrument to subdue public servants who have refused to connive against the people’s interest. Whenever national decisions are driven by personal feelings, egos, falsehood and predispositions, it jeopardizes the progress of the nation.

A nation with the desire to seek sustainable development and viable economic growth does not conspire against those who are willing to make it better. It only vilifies those with menacing agenda to keep it in ashes and poverty. What has Madam Matilda Parker done wrong to deserve all of what she is currently going through? Madam Parker has done nothing wrong, but to transform the National Port Authority (NPA) into an economic hub.

It has been almost ten months since Madam Matilda W. Parker was resentfully suspended by President Ellen Johnson-Sirleaf based on bias findings of an ‘investigation’ conducted by the Liberia Anti-Corruption Commission (LACC). It can be recalled that before the unjust suspension of the former Managing Director of the National Port Authority (NPA), President Sirleaf had an official press conference to announce this decision. The National Anthem was played before the President could even speak!

Up-to-date, we are still wondering why was the national anthem played with an official press conference held by the President herself, just to announce the suspension of Madam Parker. This has never happened before. Most often, when the President suspends or dismisses government officials, she instructs her Press Secretary or Minister of Information to issue a statement.

From our reading and understanding, this action was only meant to bring the hard-earned reputation of Madam Parker to public disrepute. In our view, the suspension of Madam Parker is more than just a suspension. No one should use the court as a cover-up to pull down individuals who have refused to clinch unto the old orders. Madam Parker has been a manager with firm intelligence, independence and integrity. As a result, some big hands saw her as a threat to their corporate interests.

The case involving the former Managing Director of the National Port Authority, Madam Matilda W. Parker, was engineered, premeditated and prearranged by those who are yet to embrace the fact that Liberia has to change. When all of the major ports in Liberia were dead and almost dysfunctional, as a result of poor management and ill-visionary administration, it was Madam Matilda Wokie Parker who revitalized them through her exceptional style of leadership and devotion to national duty. During her service as MD, the government received millions of United States dollars in revenue from various Ports in Liberia.

As a result of her passion and diligence to serve her country, the Freeport Port of Monrovia, the Port of Greenville and the Buchanan Port became very active and operational during her tenure as Managing Director. Everyone, including port workers knew her for her straight-forwardness and openness. She was someone who strictly followed the rules and procedures governing the institution. The former Managing Director led with dignity, pride and distinction. The immense transformation currently at the Freeport of Monrovia and other ports in the country can be attributed to her committed headship. Madam Parker is by far the best Port Manager in post-conflict Liberia.
The continuous delay in the ongoing case of Madam Parker is only meant to undermine justice and fairness. The government of Liberia is doing all it can to ensure that Madam Parker is held liable for a crime she never committed. As a result, the entire jury hearing the case of Madam Parker has been disbanded by Associate Justice Jamesetta H. Wolokollie of the Supreme Court. According to credible information, this action was taken 4:00pm on Friday, February 19, 2016 before defense lawyers could even appear before Justice Wolokollie to respond to the appeal filed by the prosecution lawyers.

Two days after Judge A. Blamo Dixon of Criminal Court ‘C’ denied the application of the prosecution lawyers to disband the jury on grounds of tempering and exposure, an appeal was filed before Justice Wolokollie on February 19, 2016 by State lawyers. Justice Wolokollie without inviting both defense and prosecution lawyers to a conference issued a rite to stop the trial. What was the motive behind this action? On what basis was the entire jury disbanded? Did Justice Wolokollie conduct any preliminary hearing or investigation to ascertain the facts? From all indications, we have got to understand that there are big hands in the case of Madam Parker.

The travesty of justice in Liberia is on the rise, as a result of political machination and manipulation. One thing that stands out clear in the case of Madam Parker is that she has done nothing wrong. Her innocence is glaring. The government is yet to produce substantive evidence to establish her guilt.

As a result, they are creating unnecessary setback and scheme in order to entrap her. The government must desist from witch-hunting patriotic citizens with impeccable moral rectitude. Madam Parker will walk out of the Court free, because she has been falsely accused. Madam Parker has done nothing wrong!!!

About The Author: Alston V. Nyumah is a Liberian by birth and a patriot. He is a postgraduate student of the Australian National University, pursuing his master’s degree in Financial Management. He can be reached via alstonnyumahanu@gmail.com

Ghana Beach Soccer: Satellites Cup triumph will spur us on to victory against Uganda – Black Sharks